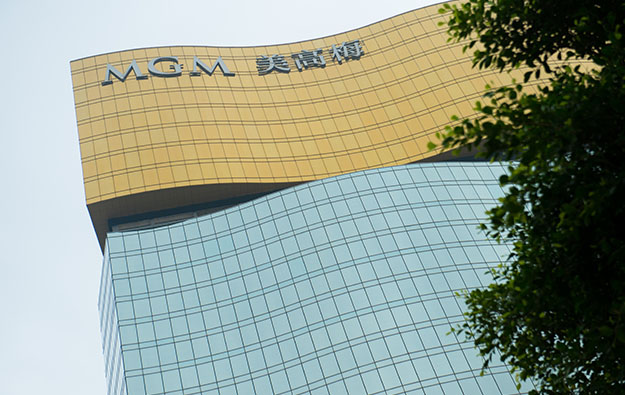 Macau casino business MGM China Holdings Ltd is to pay up to US$173.2 million over the course of three years from January 1 next year, for use of trademarks linked to its parent entity in the United States, MGM Resorts International.

The information was in a Thursday filing to the Hong Kong Stock Exchange, which said the deal runs from January 1, 2023 until December 31, 2025.

The Hong Kong-listed firm said it had been granted the licence to use “MGM”, “MGM Grand”, “MGM Grand Macau” and the MGM lion and other “MGM-related service marks, trademarks, registrations and domain names” owned by MGM Resorts and its subsidiaries.

“In addition to any expansion of MGM Macau and MGM Cotai, any future resort and casino projects or sites that the group may develop … will use the MGM brand,” it added.

In Thursday’s filing, MGM China also said it is to pay the equivalent of a maximum US$46.4 million in 2023 to connected parties for services including branding services, laundry services and hotel cleaning work.

Of the aggregate in 2023 outgoing payments, US$15 million will go to MGM Branding and Development Holdings Ltd, a British Virgin Islands firm jointly and equally wholly-owned by MGM Resorts and MGM China co-chairperson Pansy Ho Chiu King. The same annual amount will also be paid in 2024 and 2025, respectively.

There is also for the period 2023 to 2025 inclusive, a yearly, capped amount of HKD180 million (US$23.1 million at current exchange rates) payable to Hong Kong-listed Shun Tak Holdings Ltd for certain services for MGM China’s hotels. Ms Ho is Shun Tak’s executive chairman and managing director.

The filing also highlighted renewal of a “non-compete” agreement for Ms Ho, with the MGM Resorts parent.

International casino operator Las Vegas Sands Corp has been ranked as the most sustainable firm in the global casino sector, according to the 2023 edition of the S&P Global Sustainability... END_OF_DOCUMENT_TOKEN_TO_BE_REPLACED