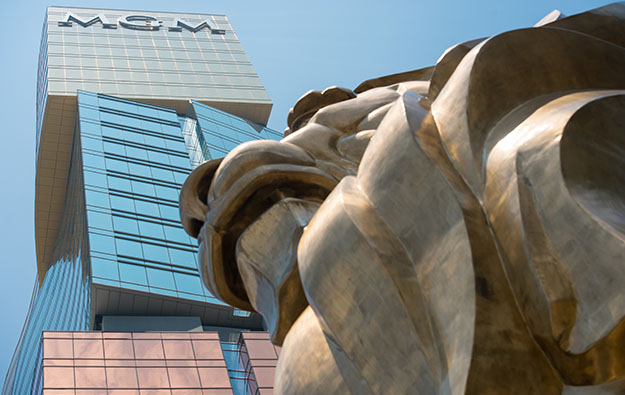 “We were pretty satisfied with the performance during Chinese New Year, particularly on the mass side,” Mr Wang told an investor conference call on Wednesday after the announcement of the fourth-quarter results of MGM Resorts International, the parent of MGM China.

He added: “At MGM, I think we have reached 85 percent of the pre-pandemic levels in terms of mass volume, if we measure that in terms of drop; that’s encouraging.”

Macau’s casino industry performance for Chinese New Year was “better than expected”, stated a number of investment analysts earlier this week. Brokerage Sanford C. Bernstein Ltd estimated casino gross gaming revenue during the holiday break as being up by about 60 percent versus the festive period in 2021.

The tally of visitors to Macau for the full seven days of the Chinese New Year break was up 25.4 percent from the comparable period a year earlier, at 113,699, according to Macau government data.

On the call, Mr Wang said the Macau market continued to rebound, with the recovery “driven by the mass segment”. But he admitted that travel restrictions remained a bottleneck to more meaningful growth.

A recent rise in Covid-19 cases across the region had led to tighter travel restrictions, meaning “travellers will not be allowed to come to Macau or will have to do quarantine,” said Mr Wang. “In the past year, we’ve seen that happen almost every quarter. We expect that to continue to happen” this year, he noted.

But the MGM China COO added: “I’m pretty confident that 2022 will be a better year than 2021, driven by the mass market, particularly the high-end [segment].”

Mr Wang also mentioned that the Macau VIP segment was going through a transitional phase, as most junkets had likely ceased operations in the traditional way it was done previously.

“I think that all the junkets in the traditional sense have basically ceased operations in Macau, so the players and agents who worked for the previous junkets are trying to find a place to settle down,” said the executive. “It’s still quite dynamic in the marketplace, the conversion of former junket players to in-house players and, to some extent, to premium-mass players.”

Several among the city’s six operators have confirmed that junkets have ceased operations at their respective properties in Macau.

Mr Wang said additionally that MGM China was focusing on developing its mass-market business, and to “capture” as much as possible the former junket players to convert them into in-house customers.

“We are also looking at reallocating our resources, particularly table units, to support the mass growth,” he stated. “We are going to reallocate more tables from VIP to the mass-market in the coming quarters.”