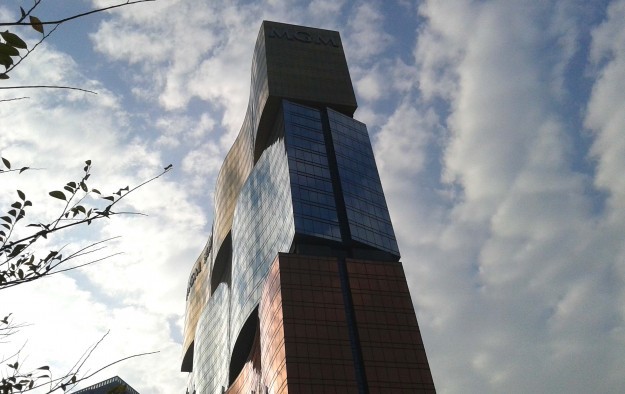 The hotel at the MGM Macau casino complex (pictured in a file photo) is to have operations suspended with effect from Friday (February 14), a Macau government official said in a press briefing that day.

As things stand, Macau casino floors themselves might reopen as of February 20, unless the 15-day suspension of actual casino business – due to the mainland-China originating coronavirus alert – is extended. Government officials have reiterated that public safety will be at the forefront of any consideration about extending the closure of the casinos themselves.

Hotels at casino resorts were not covered by the 15-day casino closure order. However, the city’s hospitality industry has faced a steep fall in guest numbers as visitor arrivals to Macau have declined sharply due to the ongoing crisis, and the public policy measures implemented on the Chinese mainland and in Macau to prevent the spread of the outbreak.

MGM Macau, operated by MGM China Holdings Ltd, became the ninth hotel within a Macau gaming resort complex to suspend temporarily operations during the current public health vigil. That is according to information from the Macao Government Tourism Office. The bureau did not say how long the MGM Macau suspension might last.

The property is not accepting hotel guests at least until the end of February, according to the booking engine available on its official website.

There is also a total of 19 tourism accommodation facilities in Macau – mostly guesthouses and small-scale hotels that are unconnected with casino resorts – that have temporarily suspended operations, according to the tourism office.

During a Wednesday conference call with investment analysts, management at MGM China’s United States-based parent, MGM Resorts International, said the closure of the group’s two Macau casinos was costing it US$1.5 million a day; the “majority” of that comprised of staff pay.

Rival U.S.-based casino operator Wynn Resorts Ltd said on February 6 that the temporary closure of its two Wynn Macau Ltd casinos in Macau was costing the group between US$2.4 million to US$2.6 million a day.

Paradise Co Ltd, an operator of foreigner-only casinos in South Korea, reported casino revenue of nearly KRW48.65 billion (US$39.8 million) for January 2023, according to a Thursday filing to the... END_OF_DOCUMENT_TOKEN_TO_BE_REPLACED