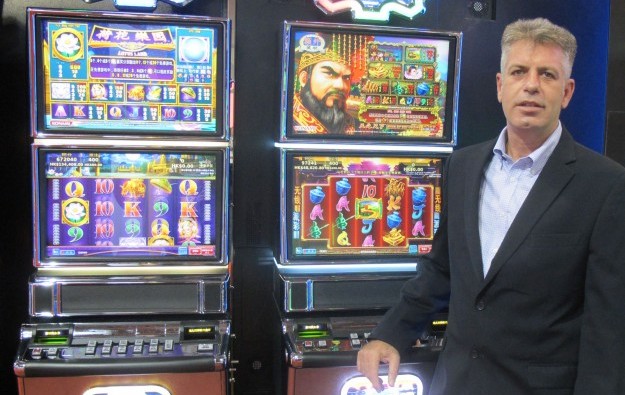 Konami Gaming Inc is busy refreshing its product portfolio for Asia as part of a long-term regional realignment for the company that began in 2012.

The slot machine maker has what it describes as several new culturally attuned products in the pipeline – currently awaiting regulatory approval – for the Macau and Singapore markets.

Visitors to the Macao Gaming Show – that ended on Thursday at Macau casino resort Venetian Macao – were offered a sneak preview.

New slot game themes such as ‘King of the World’ were on display, featuring Konami’s new 3-4-4-4-3 reel configuration. The firm says the product also gives the players the feeling they can influence their destiny by choosing different mixes of free games and feature multipliers.

“The difference of what we call ‘Asian-style games’ is that they are really aggressive games, with strong combinations of free games and multipliers,” said John Gomes (pictured), general manager of Konami Gaming’s branch office in Singapore. He also oversees the Macau market.

“We are really excited about it. We want to put them out in the market,” Mr Gomes told GGRAsia.

The firm began revising its strategy for Asia in 2012. It started by setting up a Singapore branch in September that year and hired Mr Gomes, an industry veteran. That was followed by a strong investment in research and development.

Konami’s original plans foresaw 2014 as a turning point for its presence in the Macau and Singapore markets. But the introduction of new technical standards for electronic gaming machines in both jurisdictions influenced those plans.