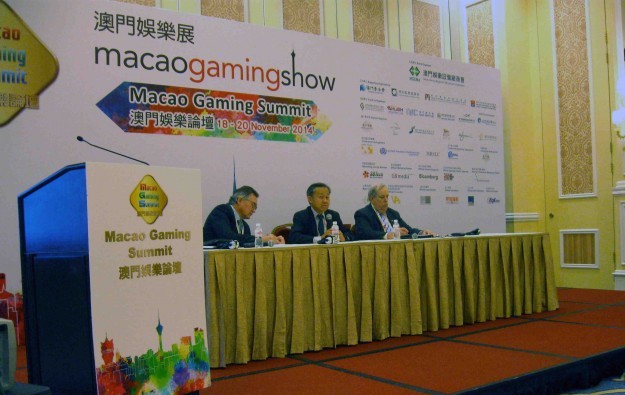 Macau has the option of reducing its tax rate on gaming as response to growing regional competition from other jurisdictions, a conference panel at the Macao Gaming Summit heard on Tuesday.

Currently the territory’s effective tax rate of 39 percent on casino gross gaming revenue is among the highest of any legal casino jurisdiction.

David Green (pictured right), a lawyer and former gaming regulator in Australia and an advisor to the Macau government, stressed that he was talking theoretically, and not from any inside knowledge of government thinking.

He told the panel titled ‘Gaming in Asia – Finding the next niche sector’: “One of the competitive responses available to Macau is to substantially reduce the tax rate on gaming. I’m not floating the idea that it [Macau] is even contemplating doing that.”

“The government every year for the last 10 years has spent less than half of what it has received. So it’s sitting on foreign reserves and cash reserves I believe of over US$30 billion. So it has room to move,” said Mr Green.

“A key competitive response in an environment of low-tax jurisdictions around it, would be to do something with the tax rate,” he added.