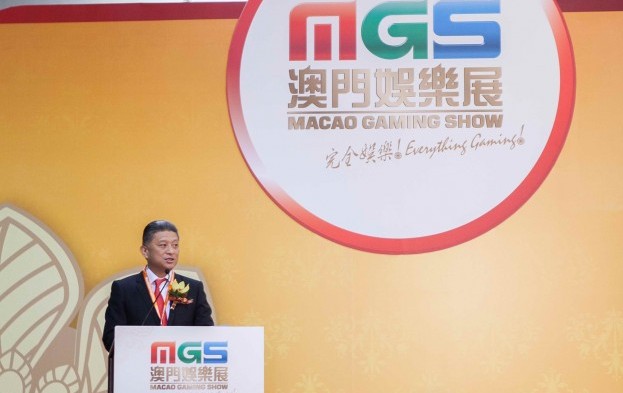 Mr Chun is also the chairman of LT Game Ltd, one of the leading manufacturers of electronic table games for Macau and other leading gaming markets.

In a clear reference to rival gaming industry trade shows, Mr Chun said: “With respect to other organisations, the MGS organisers are part of the fabric of Macau and not from the United States or Europe.

He added: “Fundamentally MGS is the only show that is truly representative of the Asian gaming industry.

Mr Chun continued: “Those behind MGS are considered ‘insiders’ of the Asian gaming industry and will be heavily supported by the regional players. There will be Asian gaming executives at MGS that wouldn’t go to other shows that are perceived as being organised by ‘outsiders’.

“An exhibition is nothing without exhibitors and visitors will have access to the very best exponents in their fields. We will also have events and features including the Slot Experience Centre as well as the Macao Gaming Summit both of which provide powerful additional reasons to attend.”

The show organisers said that as of October 8, MGS 2014 had 122 contracted exhibitors, representing a 20 percent increase on 2013’s numbers.

The conference portion of the event – known as the Macao Gaming Summit and like MGS also held on November 18, 19 and 20 – will look at how industry and regulatory developments are influencing established jurisdictions and also emerging ones. The summit will cover topics on Japan, Laos, Cambodia, Vietnam, South Korea and Sri Lanka as well as Macau.