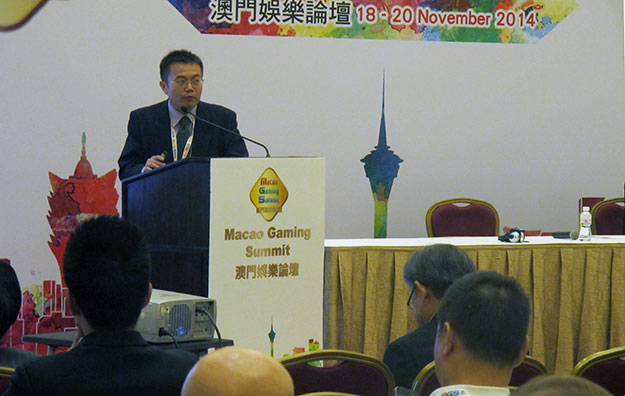 “A free market will make Macau stronger and more competitive,” Mr Wang said. He added it could promote economic diversification – one of the goals of the Macau government – making the city less dependent on gaming revenues, since increased competition would push casino operators to differentiate their non-gaming offering.

He said the renewal process of the current casino concessions is likely to be problematic. “How can the government organise a fair and effective tender when six concessionaires are already in the market?” Mr Wang questioned.

The Macau government has stated several times that it intends to start examining the renewal of the concessions between 2015 and 2016. Macau’s six casino concessions expire between 2020 and 2022.

Macau casino operators have a unique advantage in the sense that they operate in an oligopoly, where a small group of players dominate the market, Mr Wang said. That gives concessionaires more bargaining power with the government – for instance, the concession model might make it harder to remove a company from the market if it is not performing well, he pointed out.

Mr Wang noted that while the current concession system formally only allows for up to six market players, there are several ways to bypass the rules, by setting agreements with incumbent operators.

Mr Wang suggested Macau to end all restrictions on the number of concessionaires and casinos. “Lets welcome a free but well regulated market,” he proposed.

Mr Wang added there should also be no restrictions on the period of operation of gaming operators; an administrative licence renewal process should replace that.

He dismissed concerns that a model with no limits to the number of operators and casinos could lead to an over-expansion of the gaming industry. That could be prevented by “sound urban planning” and by market forces, Mr Wang argued.