Taiwan’s casino bill may be passed in 1H15: Liu Day-Yang 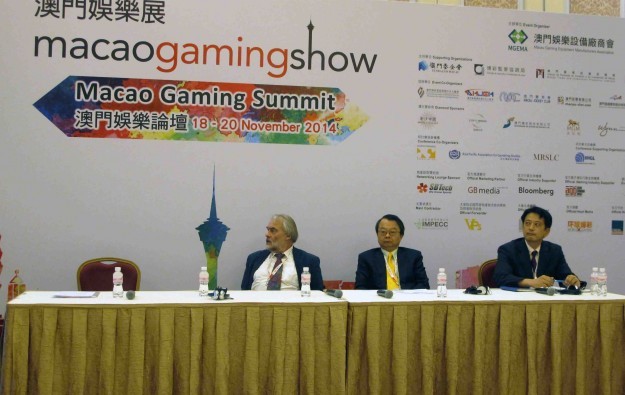 Taiwan’s parliament may approve draft casino and gaming legislation before June 2015, as discussion over a bill regulation casino gambling is expected to begin next month, said Liu Day-Yang (pictured centre), director of the Centre for the Study of Lottery and Commercial Gaming at the National Taiwan University of Science and Technology.

Taiwan lifted a 15-year prohibition on gambling on its outlying islands of Kinmen, Matsu and Penghu in 2009. In a referendum in July 2012, the residents of Matsu Island voted in favour of casinos to help attract tourists.

“Taiwan will have local elections on November 29. After that, lawmakers have to go back to work and review the bills with higher priority, including the casino draft law,” Mr Liu said in a conference panel at the Macao Gaming Summit on Tuesday.

“I believe the Matsu county legislator will try to push for the bill to be passed,” he added. “In the most optimistic scenario, the draft law could be passed in the first half of 2015.”

Under the current draft law, casino licences will be valid for 30 years and tax should not go above 16 percent of gross gaming revenue, said the academic, who is helping draft the master plan for integrated resorts in Matsu.

During the first 15 years, casino operators are expect to pay a 7 percent tax to the local government, in addition to a 7 percent national tax. The national tax would then increase to 8 percent after 15 years and to 9 percent in the last five years of the licence, Mr Liu told GGRAsia.

He said a number of international operators have shown interest in investing in Taiwan, adding that potential investors may be required to fork out money to upgrade infrastructure that could help boost tourism.

The bill however could face potential delays depending on the local elections next week.

“The November 29 election in Taiwan is worth watching, as it will set the policy tone for the next two years, with implications for the 2016 presidential elections,” Daiwa Capital Markets said in a note.

But Mr Liu said the opposition Democratic Progressive Party would probably approve the draft law as it clearly states that casinos will only be allowed in Taiwan’s offshore islands.

“It will help the outlying islands dramatically, by creating jobs, adding revenue and boosting tourism,” he added.

Taiwan will likely adopt a Singapore-style model, grating just a few licences and introducing strict oversight, said the academic, adding that the possibility of introducing an entry levy for locals could be up to local governments.

“The industry there [Taiwan] could be heavily influenced by visa policies in mainland China and on whether Chinese will be able to visit casinos in Taiwan,” said Mr Christiansen, adding it is hard to know what those policies will be.

Mr Liu said mainland China should not pose any challenges to casinos in Taiwan if the industry is legalised there. “I believe there will be no difference on how Beijing will see casinos in Taiwan [compared to other neighbouring jurisdictions],” he stated.