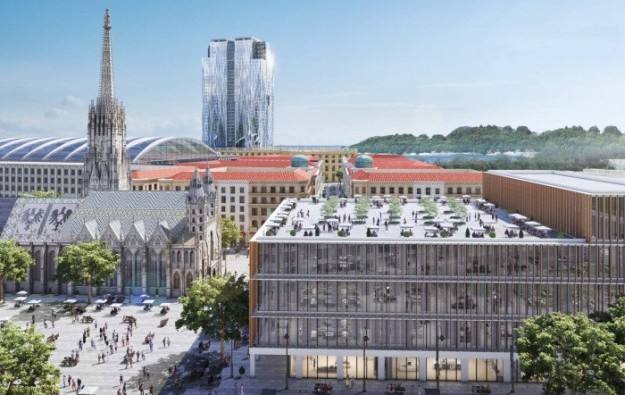 Japan’s Nagasaki prefecture says it has signed what it terms a “master agreement” with Casinos Austria International Japan Inc, for the latter to develop and operate what the local government referred to in a Monday press release as the “Kyushu-Nagasaki IR”.

That was a reference first to a unit of gaming operator Casinos Austria AG, and second to Japan’s Kyushu region, of which Nagasaki is part. Nagasaki prefecture aspires to host a casino complex or “integrated resort” (IR), saying it would be a stimulus to tourism and the economy for the entire region.

Separately, the prefecture gave some more information about the Casinos Austria unit’s request-for-proposal submission. The planned total investment is JPY350 billion (US$3.2 billion). That was at the lowest end of the range – i.e., JPY350 billion to JPY460 billion, which the prefecture stated in its IR basic concept.

Monday’s announcement cited Hodo Nakamura, Nagasaki’s governor, as saying nonetheless: “The operator’s business proposal is backed by a business track record in Europe and other international markets and aims to realise a traditional and luxurious integrated resort [pictured in an artist's rendering] of the world’s highest standard, in harmony with the landscape of Huis Ten Bosch.”

The latter was a reference to a theme park resembling an historical Dutch city, where the hoped-for casino complex will be located.

Local governments in Japan must apply to the national authorities for the right to host casino development. Up to three integrated resorts will be permitted in Japan, under the liberalisation framework. The national government is expected to announce in 2022 a decision on the places that will be allowed to develop a casino resort.

Governor Nakamura was further quoted in Monday’s statement as saying: “We will now proceed with the area development plan to be submitted for approval before April 28 of next year.”

He also noted: “We will work to realise the Kyushu-Nagasaki IR with the highest regard for strict measures to mitigate public concerns such as gambling addiction.”

Mr Nakamura added: “The Kyushu-Nagasaki IR will vitalise the local economy and tourism industry affected by Covid-19, and also contribute to the development of the Kyushu region and furthermore our country.”

On August 20, the prefectural authorities had told GGRAsia by email, in response to our enquiry, that its request-for-proposal (RFP) process and background checks – for selecting a private-sector partner regarding a casino resort – had been conducted in a “fair manner”.

On August 10, Nagasaki had said Casinos Austria International Japan was its “priority” choice as partner for the local government’s tilt at having a casino resort.

But it was reported in Japanese media that another of the contenders – Niki Chyau Fwu (Parkview) Group, a Japanese enterprise – had questioned the integrity of Nagasaki’s selection process.

Even before the selection of Casinos Austria had been announced, the other suitor among the three courting Nagasaki – Oshidori International Development Ltd, part of Oshidori International Holdings Ltd – had issued a statement saying it was considering withdrawing from the RFP process, unless it was “conducted in an ethical manner”.

One of the issues raised subsequently was the fairness or otherwise, of Nagasaki’s application of background-check tests relating to the suitor organisations.

Some Macau casinos visited by GGRAsia on Thursday, actually had tables that were closed, notwithstanding strong consumer demand during Chinese New Year (CNY). The reasons for some tables being... END_OF_DOCUMENT_TOKEN_TO_BE_REPLACED