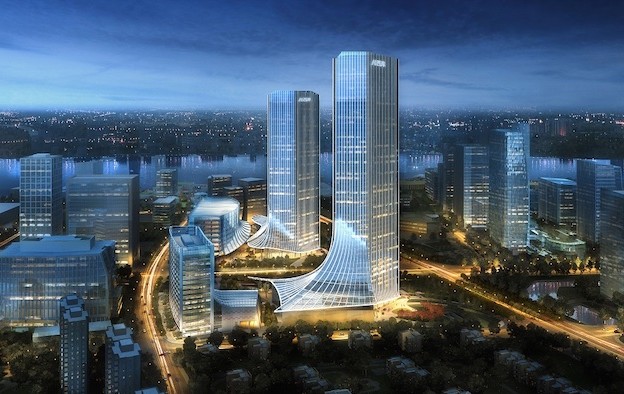 The timetable for development and opening of the property was not mentioned in a Tuesday press release announcing it.

They are respectively under the monikers: Diaoyutai; MGM, Bellagio by MGM; Mhub by MGM; and Diaoyutai MGM Residences.

The release said more properties are due to open in, respectively, Qingdao, Shenzhen, Zhuhai, Shanghai, Wuhan “and other cities”. It added the latest Shanghai property would “further solidify the company’s footprint across China”.

In June last year, Diaoyutai MGM Hospitality had confirmed to GGRAsia a plan for two new hotels close to Macau, in the mainland China city of Zhuhai, in Guangdong province.

The deal for the new Shanghai venue is with Shanghai West Bund Development (Group) Co Ltd. It will be in what is referred to as that city’s “Central Activity Zone”.

Bill Hornbuckle, chief executive and president of MGM Resorts International, was cited in Tuesday’s press release as saying: “We will leverage our extensive experience and capabilities in entertainment management, art, exhibitions and sports to help MGM Shanghai West Bund deliver the energetic and exciting atmosphere that MGM is known for around the world.”

The imminent return of package tours from mainland China will not only help boost Macau’s tourism businesses, but is also expected to help casinos gain more foot traffic in their mass gaming... END_OF_DOCUMENT_TOKEN_TO_BE_REPLACED