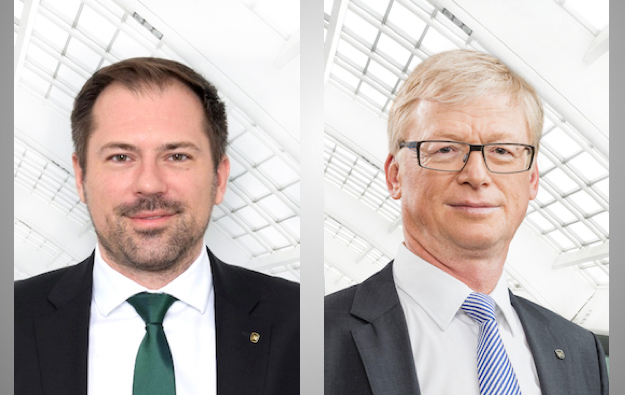 Austria-based gaming equipment maker and operator Novomatic AG says it has restructured the group’s sales and production departments, in a bid to “increase efficiency” and “amplify synergy potential”. The group – traditionally strong in Europe and the Americas – has been working to increase the presence of its casino gaming machine products in Asia-Pacific markets.

Under the restructuring plan, all of Novomatic’s sales units “are, effective immediately, bundled under” Jakob Rothwangl (pictured, left), the group’s vice president for global sales. The entire production department “is now centrally managed” by Walter Eschbacher (pictured, right), Novomatic’s director for production and logistics, said the company in a Wednesday release.

The statement quoted Ryszard Presch, an executive board member of Novomatic, as saying: “We are using this pandemic to improve internal processes, and are restructuring the production and sales departments as part of the transformation process we began last year.”

According to the announcement, Novomatic’s global sales department will “focus on new-customer acquisition and increasing international networking activities.”

Mr Rothwangl said in prepared remarks that the group’s “top priority” would be to “maximise customer satisfaction by developing and selling high-quality products and services perfectly matched to the needs of our customers and their markets.”

Australia-based slot machine maker Ainsworth Game Technology Ltd is to act as a sales and service provider in Asia Pacific for products of Novomatic, according to a September announcement. The Austria-based group controls a 52-percent stake in Ainsworth Game.

Mr Eschbacher said such consolidation into a single department would allow Novomatic “to react even more quickly to changing market requirements.” He stated that the company would focus on “establishing new production processes and making use of synergy potentials … to shorten delivery times.”