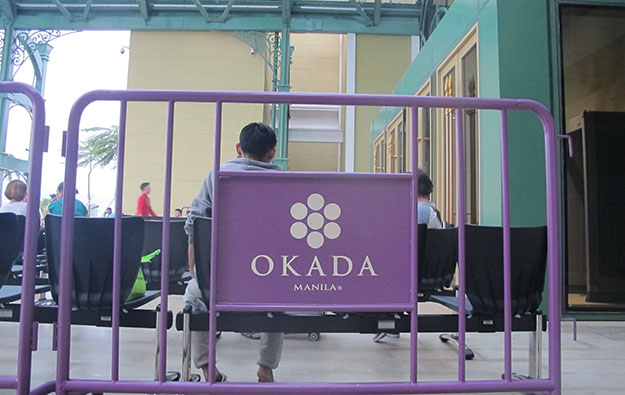 Universal Entertainment Corp, battling with its ousted founder Kazuo Okada for control of the Okada Manila casino resort, has issued a press release in which his son Tomohiro Okada accuses his father of a “disrespectful and perverted” interpretation of a court ruling, in order to apply “brute force to illegally take over the premises” of the Philippine property.

“I have long disagreed with the management and ethics of my father, as he always acts as if he is above the law,” Wednesday’s release cited the son as saying.

“He has lost all sense of legality and good governance. He uses his companies as his personal piggy bank which led to the numerous cases he now faces. I refuse to be associated with my father and his sham board and to tolerate such behaviour,” Mr Tomohiro Okada was further quoted as stating.

As previously reported by GGRAsia, the son supported the incumbent management following Mr Okada senior’s 2017 ousting – amid allegations of fraud – from the Universal Entertainment board, and from the board of Tiger Resort, Leisure and Entertainment Inc, the promoting entity for Okada Manila.

Mr Tomohiro Okada’s quoted comments on Wednesday are just the latest strand in a complex and drawn out narrative running for at least five years, that spans family dynamics as well as the management of public and private companies, and which returned to the headlines on May 31.

That day, representatives of Mr Kazuo Okada physically occupied the Okada Manila complex, and have been there since.

Mr Kazuo Okada’s side argues a Philippine Supreme Court order from late April had restored the board of Tiger Resort, Leisure and Entertainment (TRLEI) to how it was before his ousting from TRLEI.

Universal Entertainment says the latter scenario has been upheld by the Japanese courts. The Japan-based group also states that it wholly owns Hong Kong-based Tiger Resorts Asia Ltd, which in turn controls 99.99 percent of the TRLEI entity.

“I do not recognise the illegitimate occupation of Okada Manila or any of their [Mr Kazuo Okada and supporters’] claims that they now manage and control Okada Manila. I only recognise the legitimate board of TRLEI led by Byron Yip, who was duly elected by shareholders, to run Okada Manila,” Mr Tomohiro Okada was cited as saying in the Wednesday statement.

“My father’s minority voting stakes in Okada Holdings Ltd does not give him the right to control Okada Manila much less appoint anyone as part of its board,” Mr Tomohiro Okada added.

Universal Entertainment and associated entities were working to “seek redress” from the Philippine courts “to put to rest the Kazuo group’s futile attempt at what is truly a shameful corporate heist,” his son was also cited as saying.

Universal Entertainment said earlier this month it was pursuing a criminal complaint against Mr Kazuo Okada in Hong Kong, as well as fighting him via the Philippine courts.

Macau casino operator MGM China Holdings Ltd had a “record” market share in January, and its venues were the “highest-earning businesses” in the portfolio of the majority owner MGM Resorts... END_OF_DOCUMENT_TOKEN_TO_BE_REPLACED