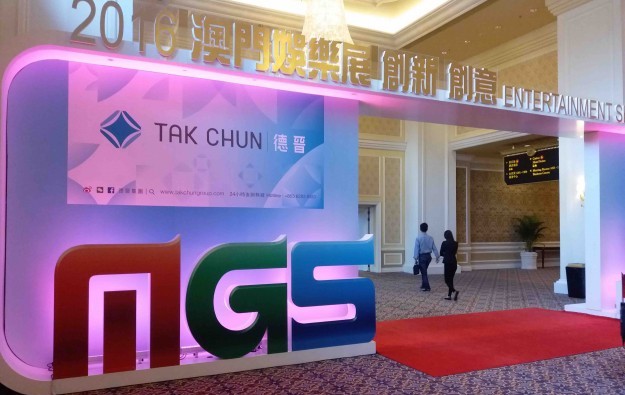 Around 120 exhibitors have already registered for the 2017 edition of the MGS Entertainment Show, the organiser has told GGRAsia.

The annual trade exhibition and conference – an event previously known as the Macao Gaming Show (MGS) – will be held from November 14 to 16 at Cotai Expo at the Venetian Macao casino resort.

Jay Chun, chairman of the event’s organising body, the Macau Gaming Equipment Manufacturers’ Association (MGEMA), told GGRAsia that new exhibitors this year included firms offering cloud computing and ‘smart surveillance’ services, such as facial recognition technology and related data processing products. Such exhibitors make up about a quarter of those that have so far registered to participate, he noted.

Macau recently started to introduce facial recognition technology to automated teller machines at banks in the city, as part of a “know your customer” initiative.

Mr Chun noted that despite the rebranding of the event – starting with last year’s edition – it would continue to feature exhibitors from the casino supply sector.

“MGS Entertainment Show always has the emphasis on gaming, and you’ll see the presence of the gaming equipment manufactures, slot machines and electronic table games makers that always participate in this show,” Mr Chun said.

“But on the other hand, we would like to feature service providers that offer technologies applied both inside and outside casinos…with cloud computing, for instance, we’re talking about the technologies that can be applied for the marketing needs of integrated resorts,” he added.

Exhibitor registration deadline for MGS Entertainment Show 2017 is September 30, according to the event organiser.

Last year, the event reported a total of 195 exhibitors from 24 countries and regions and a aggregate of 14,847 visitors, which the organiser said was the highest attendance since MGS launched in 2013.

Most of Macau’s casino operators are likely to generate positive free cash flow in the first quarter, given the robust recovery level of mass-market gross gaming revenue (GGR) in January, relative... END_OF_DOCUMENT_TOKEN_TO_BE_REPLACED