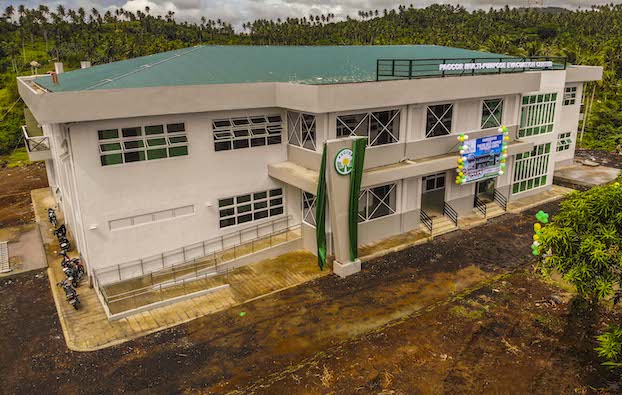 Andrea Domingo, chairman and chief executive of the Philippine casino regulator, says her institution and the casino licensees in the country “are still committed” to relief effort to help Filipinos in need. That is despite the “challenging” times faced by the nation’s gaming industry brought about by the Covid-19 pandemic, said Ms Domingo in a press release.

Casino regulator-cum-operator the Philippine Amusement and Gaming Corp (Pagcor) inaugurated last week two multipurpose evacuation centres (pictured), built with financing from Pagcor. In 2020, Pagcor said it was allocating at least PHP2 billion (US$39 million) for the construction of evacuation centres in some of the country’s typhoon-prone provinces.

The first two such facilities, each with a price tag of PHP50 million, were launched last week in the Bicol Region, located in the southern part of the main island of Luzon and encompassing some nearby island provinces.

The statement quoted Ms Domingo as saying: “The lockdowns, movement restrictions and temporary closure of gaming operations have tremendously affected our revenues, but Pagcor and our licensed casinos will continue to support the government in helping Filipinos in need.”

The head of Pagcor said additionally that its casino licensees in Entertainment City and Clark had already “poured in their support” to help people affected by Typhoon Odette that hit the country last month.

Under Pagcor’s chart, its licensees must establish foundations that must help in developing health and educational infrastructure in the Philippines, as well as to promote cultural development and provide relief aid.

Metro Manila, including its large-scale casino resorts in Entertainment City, has faced a number of lockdowns since the onset of the pandemic in early 2020. Casino firms in the capital city have since been allowed to resume gaming operations at limited capacity.

Pagcor’s president and chief operating officer, Alfredo Lim, was also quoted in a separate release as saying that the institution hoped to inaugurate “up to 30 evacuation centres” this year.

As of Sunday, according to the statement, Pagcor had released nearly PHP1.64 billion for the construction of 67 evacuation centres in various parts of the country.

Macau casino services firm Macau Legend Development Ltd says that a review conducted by an independent consultant “did not note any irregularity” in the dealings between the company and... END_OF_DOCUMENT_TOKEN_TO_BE_REPLACED