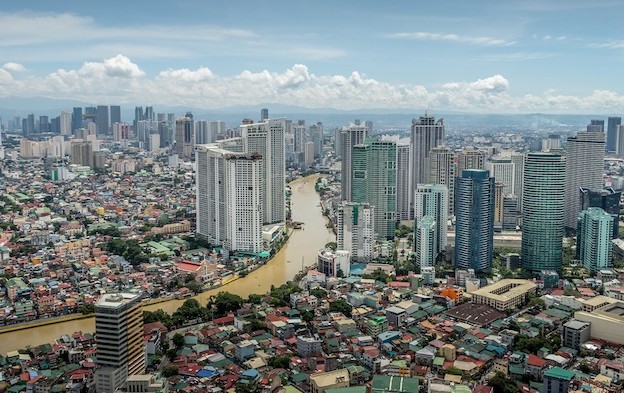 The Philippines’ Tourism Secretary Christina Frasco said on Tuesday that the country’s leader, President Ferdinand Marcos Jr, was to issue an executive order to end mandatory use of anti- Covid-19 face masks indoors, as part of efforts to boost inbound tourism and be more in line with Southeast Asian neighbours.

The country’s casino industry has been identified by successive administrations as an important source of earnings from foreign visitors. As early as the beginning of March, Metro Manila (pictured), where many of the large-scale casino resorts are located, had been placed under “alert level 1”, the country’s lowest level of Covid-19 countermeasure.

Ms Frasco said on Tuesday, as cited by local media: “Generally the direction of the Marcos administration is to lift the remainder of travel restrictions into the Philippines and that includes easing of our mask mandates to allow our country to be at par with our ASEAN neighbours who have long liberalised their mask mandates.” She was referring latterly to a club of Southeast Asian nations.

In August, Ms Frasco was reported as saying the Philippines was on track to receive 1.3 million tourists this year, compared to a pre-pandemic tally of 1.48 million.

According to the latest update, mask wearing will still be required on public transportation, in vehicles used for medical purposes, and in medical facilities. It is already optional in outdoor settings.

On Sunday, President Marcos said in a speech that the pandemic was “fading away”.

The official Philippine News Agency additionally reported him as saying: “We are learning to manage it and now it is time for us to all go back to work, to all go back to our normal lives, to remind ourselves of all the opportunities that were before us before the pandemic.”

The country’s Department of Health stated 943 new cases of Covid-19 were reported on Tuesday. That was down dramatically from a daily peak of 29,242 recorded on January 12.

Tuesday’s announcement of mask easing indoors came at a time the Philippines has been reporting cases of an Omicron subvariant of Covid-19 known as “XBB”, and which is reported to be more easily transmissible than other forms of Omicron.

Singapore – one of the first countries in Asia to move to a ‘living with Covid’ policy – has also reported cases of the new strain. In mid-October, the city-state’s Ministry of Health said the new version was linked to 54 percent of reported new cases. But health authorities there have indicated there was no evidence so far that it has caused more severe illness in patients than other forms of Covid-19.