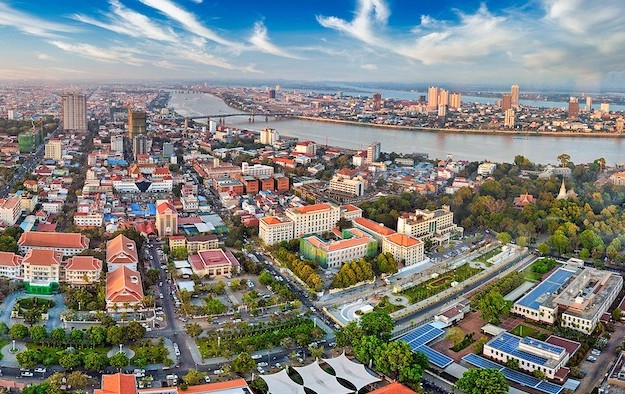 The nighttime curfew in Cambodia’s capital city, Phnom Penh (pictured), host of the NagaWorld casino resort, has been again extended by the local authorities for another week, to May 5. Such curfew was first introduced on April 1 as a countermeasure against the further spread of Covid-19, and was due to last until April 28.

The curfew extension was ordered by Cambodia’s prime minister Hun Sen, and announced on Monday. The idea is to help contain the spread of Covid-19, according to local media reports.

The prime minister has also given power to certain local authorities of the country – including Phnom Penh – to administer a “zoning” system locally to limit activities and travel by the population, depending on the severity in any given district, of Covid-19 infection, according to local media reports.

Under the three-tier zoning system, a “red” code is the most severe. That would prevent the inhabitants from leaving their homes except to buy food. Businesses and markets would also be suspended. The exception would be essential services. Gatherings and alcohol consumption are also to be forbidden in a “red” zone.

On Sunday the Cambodia authorities lifted an inter-provincial travel ban and permitted the reopening of tourist attractions across the country, according to local media reports. But the lifting of the travel ban does not apply to Phnom Penh and its adjacent city Takhmao, in Kandal province.

Casino complex NagaWorld itself had already suspended operations during the first quarter, after some workers tested positive for the illness. To date, the firm has made no announcement on when the property might reopen.

Elsewhere in the country, the Preah Sihanouk provincial administration has placed the local capital Sihanoukville under lockdown until May 6. The measure began on April 23. The move restricts people from travelling, and also requires suspension of all businesses, except for essential services.