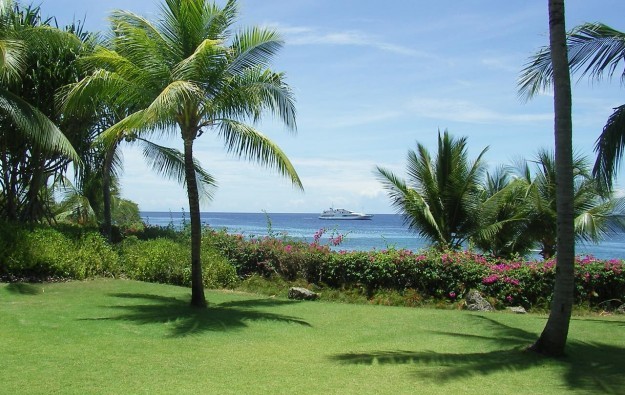 A group of potential investors in a US$1.4-billion casino project on the Philippine holiday island of Cebu (pictured) has dropped out because of “perceived political risks and other issues in the country,” said a letter filed with the Philippine Stock Exchange on Wednesday.

The document added that while a land deal for Cebu had not been concluded, the project’s co-ordinator was still hopeful of finding backers for the concept, and was now also looking at acquiring land in other places including the country’s capital Manila, although this would likely mean higher costs.

The letter was in response to a request made by the bourse to Calata Corp, a listed agricultural products firm which had been announced – in August 2016 – as an investor in the land portion of the scheme. The exchange was seeking an update on progress regarding statements Calata had made last year about the project, including mention of a possible mid-2020 completion date.

Calata had also previously stated that a partnership with entities called Sino-America Gaming Investment Group LLC and Macau Resources Group Ltd (MRG) would seek to establish a real estate investment trust (REIT) for the project, a venture to be called Mactan Leisure City.

The reply to the exchange was from Michael Foxman, chief executive of RiskWise Global Capital Group LLC. Calata said in a covering letter to the bourse that RiskWise was arranging the “real estate development, project planning, financing, construction and ongoing activities” for land held by Calata’s unit, Calata Land Inc.

Mr Foxman’s letter, dated March 13, stated: “We have been working with a particular group of foreign investors for the past 12 months to close this deal. However, due to their perceived political risks and other issues in the country, they have decided to retract their commitment to proceed.”

The document further stated: “As with many foreign companies who had been working feverishly to undertake projects in the Philippines during 2016, we have experienced investor backlash as a result of political and social issues. These issues now having settled down, will enable us to renavigate foreign investor sentiment with the view that we can conclude our business aspirations, as initially planned, however, late.”

No details were provided on the mentioned “political and social issues”.

The letter did state: “These underlying issues were beyond the control or influence of Calata, Sino[-America], [and] MRG. We would like to report however that we are now working diligently to create a commitment with another group that wishes to participate in this US$1.4-billion project.”

The inquiry from the disclosure office had also requested information about whether there was progress on a land deal for the project, which had originally been expected by September 2016.

Mr Foxman wrote: “Unfortunately, due to external factors, these timelines [could not]… be met. We feel we are about nine months behind schedule. However, we must note that our intentions with Calata are not limited to only one project site and that we continue to work with Calata and land owners to secure other sites.”

The exchange’s inquiry also asked about the infusion of funds for the project. Previous announcements had referred to that starting in “the third week of September 2016 [to] be completed by January 2017”.

Mr Foxman’s letter stated: “We anticipate that our financial commitment into Calata will be achieved in accordance with our revised schedule and with this said, we anticipate formalising agreements with our new investment partner by May-June 2017…”

“We are currently working on securing several sites in Manila and other areas and these too will be incorporated into the our transaction. The nature of these acquisitions will cause a different commitment sum to Calata, however this is contemplated to be more than the originally proposed sum. This business activity is still ongoing and a definitive quantum is not yet available,” added Mr Foxman’s letter.

Some Macau casinos visited by GGRAsia on Thursday, actually had tables that were closed, notwithstanding strong consumer demand during Chinese New Year (CNY). The reasons for some tables being... END_OF_DOCUMENT_TOKEN_TO_BE_REPLACED