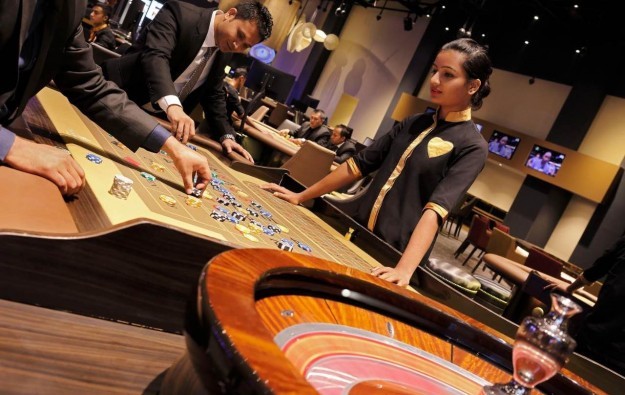 So said a Monday press release on behalf of the resort’s promoters, Australia-listed Silver Heritage Group Ltd, flagging a “grand opening” for the entire resort, to be held on Saturday and Sunday this weekend.

“The premium mass and VIP gaming area are expected to open soon. The casino features 44 gaming tables and over 200 electronic gaming machines: there is a capacity for a lot more. The casino also has a performance stage and stylish bar,” stated the press release. It added the casino was spread over 2,500 square metres (26,910 sq feet) and featured “three distinct gaming zones which are on par with some of the best in the world”.

The term “premium mass” is used in some casino gaming markets to indicate a segment of players betting in high minimums but in cash, rather than the credit-based, rolling chip play usually associated with the VIP segment.

A business update in January had mentioned VIP play possibly being added in the fourth quarter this year, but did not mention premium mass business.

“This resort forms a major part of the Silver Heritage Group’s core growth strategy of focusing on developing casino resorts on the Indo-Nepal border and capitalising on the strong demand from Indian customers for a wholesome entertainment destination,” said Tim Shepherd, the firm’s co-founder and senior advisor, in a prepared statement contained in Monday’s release.

The company had said in a business update filed with the Australian Securities Exchange in late September, that it had identified a site in Nepal for a potential second purpose-built resort.

The first purpose-built Nepal property Tiger Palace Resort – the 100-room hotel for which had a soft opening in September – is near that country’s border with the populous and affluent Indian state of Uttar Pradesh. The casino portion of the property received its gaming licence in late December and started gambling operations then.

According to the September business bulletin from Silver Heritage, the second new-build site would be further east, near Nepal’s border with the Indian states of Bihar and Sikkim, and a relatively short distance from India’s contiguous border with Bangladesh. The update gave no further details.

Monday’s press release on the Tiger Palace Resort grand opening said it would feature an appearance by Indian model and Bollywood actress Poonam Pandey, as well as dance performers from the Ukraine and Thailand.

Silver Heritage operates and manages several casinos in Nepal under its own licence and has operations in Vietnam, in partnership with a licence holder.

The imminent return of package tours from mainland China will not only help boost Macau’s tourism businesses, but is also expected to help casinos gain more foot traffic in their mass gaming... END_OF_DOCUMENT_TOKEN_TO_BE_REPLACED