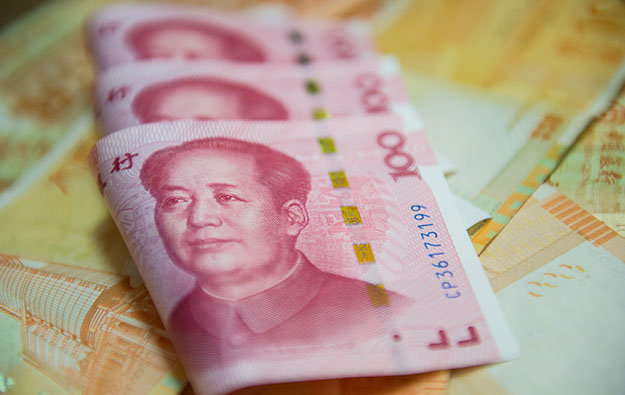 There are still questions on whether China’s digital renminbi (RMB) – an officially-authorised digital version of the mainland’s currency – would be favoured by Chinese consumers for bet payment on Macau gaming floors, even if the authorities permitted such a settlement system, suggested two Macau scholars in comments to GGRAsia.

Concerns included whether mainland consumers would be entitled to privacy from the scrutiny of the mainland authorities if making such a transaction, suggested local gaming scholar Zhou Jinquan, from Macao Polytechnic University.

China’s digital-currency user system was “tied to real-name accounts and the transaction record of the user is traceable for the financial regulators. From government’s perspective, the adoption of digital currencies is good because it helps the monitoring work for anti-money laundering purposes,” Mr Zhou told GGRAsia.

Even assuming in the future that Macau would continue to have some types of VIP gambling customer, “privacy concerns” could make digital-currency transactions “potentially unappealing” for such players, Mr Zhou added. He also raised questions on whether the use of China’s digital renminbi would appeal even to mass gaming patrons.

Ricardo Siu Chi Sen, a University of Macau business economics scholar, raised with GGRAsia the issue of – were some form of stored-value, reniminbi-denominated card accepted for offline payments in Macau casinos, it would need to be regulated either from the Macau side, from the mainland side, or from both ends.

Currently, Macau casino bets are mostly denominated in the printed form of the Hong Kong dollar, a currency pegged to the United States dollar, though a number of investment analysts has touted the potential for Macau casinos to offer digital renminbi bets as a way of improving business efficiency, notwithstanding the confidentiality issue. In recent years, most Macau casino customers have been from the Chinese mainland.

The Macau government intends to introduce the general legal concept of digital currency, as part of revisions to Decree-Law No.7/95/M, known as the “Definition of Currency Issuance System in the Territory of Macau”. That is according to remarks by the Secretary for Economy and Finance, Lei Wai Nong, to the city’s Legislative Assembly in a late-May plenary session. The legal amendment is part of this year’s legislative agenda, Mr Lei said at the time.

In the May session, Mr Lei also mentioned the city needed to have the “financial infrastructure” to accommodate exchange mechanisms between Macau’s currency, the pataca, and “other digital currencies”.

Monetary Authority of Macau chairman, Benjamin Chan Sau San, also flagged at the same gathering, that his department would continue to work with the mainland authorities and financial institutions to “explore” the use and development of what he termed “central bank digital currency” in Macau. He did not specify if that meant China’s central bank, or Macau’s monetary authority.

So far, no information has emerged regarding the local government’s likely stance on digital money being used for casino gambling services.

Brokerage Sanford C. Bernstein Ltd raised again in a research note issued in May, possible applications for digital renminbi in Macau. It mentioned the role it could play in back-office functions for Macau gaming firms. The institution suggested that – as casino companies were among the “largest Macau employers” – they could directly settle employee compensation in renminbi for those of their workers resident on the mainland, as well as using such a digital route to fulfil business contracts with mainland China-based suppliers and construction contractors.

“…a significant amount of daily goods and service procurement in Macau’s casino resorts, including food and beverage, bath, and kitchen appliances and fixtures come from Chinese suppliers – including services provided by Chinese online travel agencies -, which could be a potential area for optimisation with direct settlement under renminbi contracts,” the Bernstein report noted.

The holding of renminbi capital could also make it easier for Macau gaming operators to make direct investment in non-gaming facilities on neighbouring Hengqin island, and even in Macau’s own developing financial services sector, said the Bernstein team. The latter includes a bond market denominated in renminbi, that offers instruments for Macau and for mainland entities.

The Macau government had “made it clear that casino operators’ reinvestment in Macau will be a key objective under the new gaming concession,” system, which would “potentially” include investment in Hengqin via the ‘Guangdong-Macau Intensive Cooperation Zone’, an intiative between the Macau and Guangdong governments, touted as a diversification tool for Macau’s economy.

Holding renminbi capital in digital form would “facilitate casino operators’ direct investment in Hengqin and manage the operating expenses there,” the analysts wrote.

The imminent return of package tours from mainland China will not only help boost Macau’s tourism businesses, but is also expected to help casinos gain more foot traffic in their mass gaming... END_OF_DOCUMENT_TOKEN_TO_BE_REPLACED