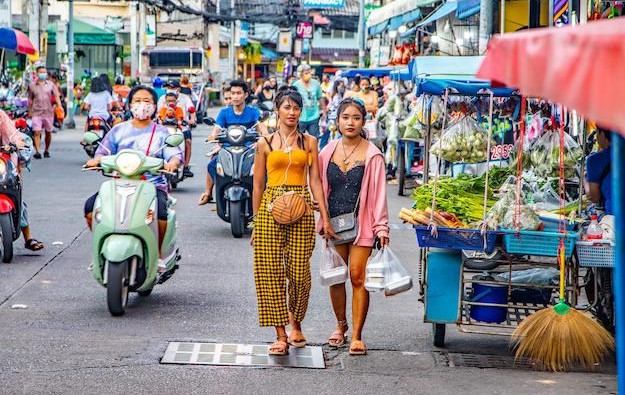 The devil is likely to be in the detail regarding a parliamentary committee proposal that Thailand permit five casino resorts shared between different locations if it chooses to legalise the sector, say several industry commentators approached by GGRAsia.

Several of the commentators mentioned the challenges of liberalisation in Japan, where initially many major casino brands courted large cities, offering to be commercial partners if they applied to host a casino complex. Many operators dropped out of the race, even before the Covid-19 pandemic, with some expressing scepticism about the amount and nature of the regulation proposed for the industry.

The kingdom, where most are Buddhist, has had a long-standing prohibition on casinos; but according to Thai media, has a large unregulated and untaxed gambling market aside from its licensed lotteries system.

Referring to the recommendations of Thailand’s National Assembly committee tasked with looking at the casino issue, Mr Lee stated: “The single most important point the committee hasn’t addressed is the population’s sentiment towards gambling.”

He added: “Unless done properly and transparently after local sentiments have been addressed, we could see the issue mired in petty politics, just as in Japan.”

Michael Zhu, senior vice president for international operations planning and analysis at industry consultancy The Innovation Group, told GGRAsia that “reaction and or opposition from cultural, religious, and other social groups” in Thailand “remains to be seen”.

Such public sentiment would need to be “weighed” even if the government chose to press ahead first with legalising casino gaming in the country.

The National Assembly committee was set up in early December to look at the issue of setting up casino complexes in Thailand.

Andrew Klebanow, principal at industry consultancy C3 Gaming Group, told GGRAsia he was “pleased” that the committee had recommended casino resort investment beyond the capital Bangkok.

He stated: “I thought they were wise to recommend five locations across the kingdom rather than one or two locations in Bangkok.”

Mr Klebanow observed: “By selecting locations in five provinces, they are adhering to their primary goals, which are to create jobs, attract foreign visitors, and generate additional tax revenue.”

The five locations mentioned by the Thai House of Representatives committee were: either Chiang Rai or Chiang Mai in the north; Pattaya City in the east; either Phuket, Phang-nga or Krabi in the south; either Ubon Ratchathani, Udon Thani or Khon Kaen in the northeast; and Greater Bangkok, representing the country’s capital.

The recommendation suggest the national government grant a concession for each such facility, with private-sector investment permitted.

Mr Klebnow and Mr Zhu respectively commented on the 30 percent tax rate on a legalised casino industry reportedly mentioned by the committee on its recommendation aired on Wednesday.

Local media reports did not clarify if that was a tax on casino gross gaming revenue (GGR) and whether other taxes or duties would be levied on such a legalised industry.

Mr Zhu said that, assuming it were a 30 percent GGR tax, that might prove “demanding for prospective developers and operators, especially within the context of prevailing tax rates in other emerging markets in the ASEAN countries such as Cambodia and the Philippines: it would be even higher than that in Singapore.”

A 30 percent “headline rate” of tax would be “high but not unreasonable,” suggested Mr Klebanow.

“It also remains to be seen if certain marketing expenses can be deducted from the headline rate as in some other jurisdictions,” he added.

IGamiX’s Mr Lee thought a policy aim of five gaming resorts spread across the country might primarily be to address domestic law enforcement and domestic revenue leakage, rather than economic development of outlying regions by encouraging foreign tourism.

Mr Lee suggested that “most of the five zones would target the locals.” This, in his view, would be to “prevent them from going to the border casinos” in neighbouring countries such as Cambodia.

Such a policy of Thai resort dispersal would, suggested Mr Lee, be “a drastic change from the tourism driver reason given initially for looking into this industry”.

C3 Gaming’s Mr Klebanow suggested an anticipated feasibility study “will reveal just how large the overall market will be”.

He added if there were “reasonable regulations, allowing developers to programme their facilities to best meet the needs of the market rather than the government telling them what to build; and the ability for adult residents to visit these casinos without onerous restrictions,” Thailand had the chance to create a “successful integrated resort industry”.

Mr Klebanow further stated: “It remains to be seen if public policy makers follow the path of Singapore, whose regulations and processes led to the relatively swift development of integrated resorts, or if it follows the path that Japan chose, in which a veritable clown car of onerous rules and regulations snuffed out what could have been Asia’s best IR development story.”