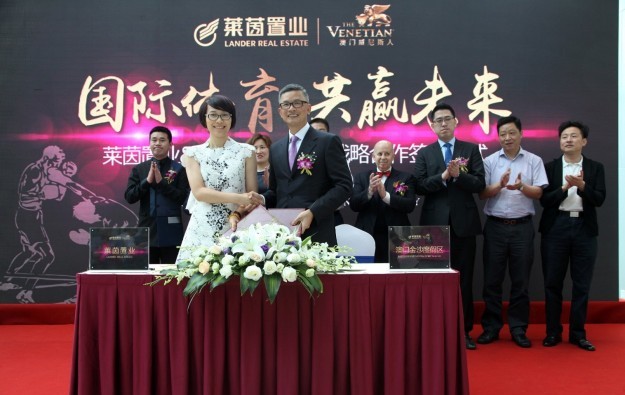 Sands China said “both companies endeavour to boost the development of culture and sport in China”.

Lander Real Estate develops, manages, and sells properties in China and is also involved in materials distribution and catering businesses, according to the profile description on Bloomberg’s website. The mainland China developer additionally established a broadcasting company in Macau earlier this year to distribute major sports events to wider audiences, Sands China said in the press release.

Sands China has been working with several sports stars to help promote its brands, namely casino resort Venetian Macao in the city’s Cotai district. The company also owns and operates the Plaza Macao and Sands Cotai Central in Cotai – a collection of properties it has dubbed Sands Resorts Cotai Strip Macao.

In May, the parent company Las Vegas Sands announced the launch of Sands Entertainment Inc. It will be responsible for organising live performances, including concerts, sporting events and film premieres, across the group’s properties in the United States, Macau and Singapore.