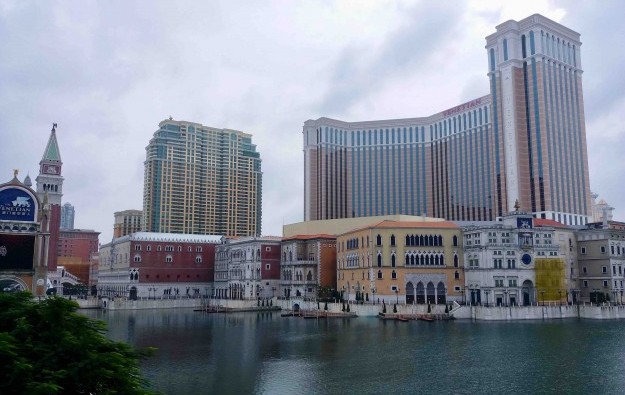 Sands China Ltd, the Macau unit of United States-based casino group Las Vegas Sands Corp, reported a smaller loss in the fourth quarter of 2020 as compared to the July to September period, mostly due to a revenue recovery.

It was the first quarterly earnings report since the death on January 11, of the parent group’s founding chairman and chief executive, Sheldon Adelson. The newly-confirmed chairman and CEO, Robert Goldstein, said in prepared remarks, issued with the latest results, that the weeks since, had been “difficult”, but that the group’s operating strategy – “investing aggressively to build iconic resorts” remained “firmly in place”.

The Macau unit’s adjusted property earnings before interest, taxation, depreciation and amortisation (EBITDA) were back to positive ground, at US$47 million, in the fourth quarter, after a loss on adjusted property EBITDA amounting to US$233 million, for the three months ended September 30, 2020.

Nonetheless, a Wednesday note from analyst Andrew Lee at brokerage Jefferies LLC, said there were signs market-wide, Macau’s recovery “stalls”. The casino group’s management had given guidance of “increased” consumer cancellations since mid-December. Some consumers seemed to be waiting for the Covid-19 pandemic to “blow over”, he added.

Currently, only tourist source markets in a majority of places in mainland China have a quarantine-free travel bubble with Macau.

He added: “Fourth-quarter premium-mass revenue was 44 percent of fourth-quarter 2019 levels and only 24 percent and 22 percent for base mass and VIP. But, management noted forward bookings ‘moderated’ and cancellations ‘increased’ since mid-December.”

Judged year-on-year, fourth-quarter net revenues at Sands China fell almost 70 percent, to US$675 million, from US$2.24 billion a year earlier. But the company saw its revenues grown almost fourfold from the third quarter’s US$171 million.

Mr Goldstein, said in a press release issued alongside the results: “I am pleased to share that the recovery process from the Covid-19 pandemic continues to progress in both Macao and Singapore”.

He added: “We remain optimistic about the eventual recovery of travel and tourism spending across our markets”.

In the last quarter of 2020, Macau received about 1.88 million visitor arrivals, up by 150 percent from the third quarter. One third of those were travelling under the Individual Visit Scheme, which was paused in late January 2020 and only resumed nationwide by late September.

“We are fortunate that our financial strength supports our previously announced capital expenditure programs in both Macau and Singapore, as well as our pursuit of growth opportunities in new markets,” said Mr Goldstein.

Group capital expenditure in the fourth quarter was US$252 million, including construction, development and maintenance activities amounting to US$201 million in Macau, where Sands China has revamped and rebranded Sands Cotai Central as the Londoner Macao.

In Singapore, where Las Vegas Sands operates Marina Bay Sands, net revenues jumped from US$281 million in the third quarter to US$345 million. Still, fourth-quarter revenue was down 59.6 percent in year-on-year terms.

Adjusted property EBITDA at Marina Bay Sands stood at US$144 million for the three months ended December 31. It represented a year-on-year decline of 68.5 percent, but a two-fold sequential improvement over the EBITDA of US$70 million recorded in the third quarter of 2020.