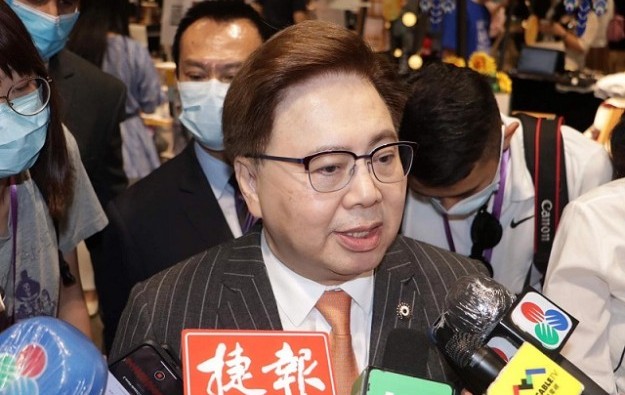 Macau casino operator Sands China Ltd said in a Thursday filing that its president Wilfred Wong Ying Wai had told the firm he would defend “vigorously” a lawsuit brought by his former employer, the in-liquidation Hsin Chong Group Holdings Ltd.

Sands China stated that Mr Wong (pictured in a file photo) had already taken legal advice, and “strongly believes the claims are without merit; and will defend his position vigorously”.

Mr Wong had been chairman and chief executive of the then-listed construction business Hsin Chong, prior to his appointment in November 2015 as president and chief operating officer of Sands China.

He is one of an initial 34 people named in a lawsuit filed with Hong Kong’s High Court, who are alleged – among other things – to have breached their duties as Hsin Chong directors.

Up to September 2015, a unit of Hsin Chong had been involved in the development of every Macau property built by the Sands China group, according to information available at that time on Hsin Chong’s corporate website.

Sands China said in its Thursday filing to the Hong Kong Stock Exchange that Mr Wong had “confirmed to the company that he assumed no executive responsibilities in Hsin Chong since November 1, 2015”.

The casino firm added that the claims “do not involve” the Sands China group, and are “not in connection with the performance” of Mr Wong’s duties for his current employer.

Sands China further noted: “The board of directors… considers that the claims will not have any material adverse impact on the group’s ordinary business, operations and financial position.”

Casino equipment supplier Sega Sammy Creation Inc said in a Friday release it was debuting its Genesis Crest 43J cabinet in Asia. The product will be available at an in-person trade show, G2E Asia:... END_OF_DOCUMENT_TOKEN_TO_BE_REPLACED