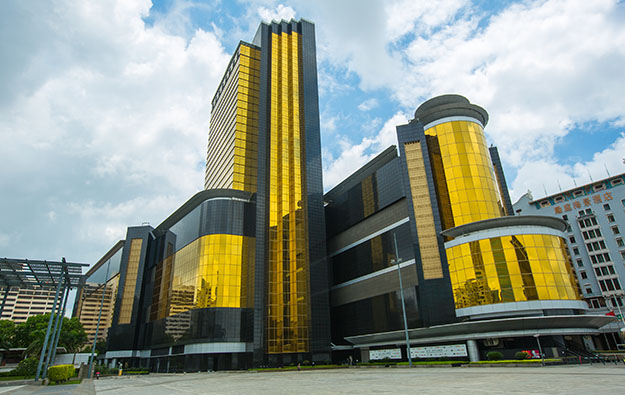 Hong Kong-listed Sands China Ltd says it will inject MOP4.80 billion (US$596.4 million) into its Macau-based unit Venetian Macau Ltd. That is in order to comply with Macau’s revised gaming law and the share capital threshold set for the new generation of Macau gaming concessions, said the firm in a Wednesday filing.

After such capital injection, the company will still hold all Class A shares in Venetian Macau Ltd, representing 85 percent of the voting rights and 100 percent of the economic rights in the firm.

Venetian Macau Ltd is the Macau-registered subsidiary that currently holds a Macau gaming licence. The local unit has also been awarded a new, 10-year concession, as part of the city’s public tender to award new casino rights.

The Sands group runs the Sands Macao casino complex (pictured in a file photo) on the city’s peninsula, and a series of casino resorts – the Venetian Macao, the Parisian Macao, and the Londoner Macao – in the Cotai district. The ultimate parent is U.S.-based casino operator Las Vegas Sands Corp.

According to Macau’s gaming law amendment, approved earlier this year, the minimum share capital requirement for any local casino concessionaire was increased to MOP5.0 billion, from the previous MOP200-million threshold. Other casino firms in the Macau market, such as SJM Holdings Ltd and MGM China Holdings Ltd, had already announced similar exercises, aimed at fulfilling the concession regulations. Prior to Sands China’s statement, the most recent announcement on such a move to ensure compliance had been Wynn Macau Ltd.

In Wednesday’s filing, Sands China stated it would “alter the share capital structure of Venetian Macau Ltd” so that the latter’s registered capital is increased from MOP200.0 million to MOP5.0 billion. The capital change would “allow the group to enter into the gaming concession contract with Macau [government] for the continuation of its gaming business in Macau”.

As part of the restructuring of the local unit, the voting rights of Venetian Macau Ltd’s managing director Dave Sun MinQi will be increased to 15 percent, from the current 10 percent, trough Class B shares. Ms Sun is also senior vice president and chief financial officer of Sands China.

Sands China clarified that, although Mr Sun would hold all class B shares in Venetian Macau Ltd, representing 15 percent of the voting rights in the firm, such stake would only entitle him to a “nominal dividend, redemption entitlement and liquidation rights of up to MOP1 for all class B shares”.

Sands China said it had agreed with Mr Sun that the company would “contribute in full the funding of the subscription price” of the new shares to be issued on behalf of Mr Sun, so that his shareholding in Venetian Macau Ltd could reach 15 percent.

In addition, the firm stated that both parties would “enter into an escrow arrangement, under which the company (or a designated person or entity) will hold in escrow all the shares in Venetian Macau Ltd to be held by Mr Sun until Venetian Macau Ltd’s liquidation.”

The filing by Sands China added: “Mr Sun has executed an irrevocable power of attorney in favour of Venetian Macau Ltd, granting Venetian Macau Ltd the powers to, subject to the applicable laws, regulations and conditions of the gaming concession, transfer or redeem any shares he holds in Venetian Macau Ltd.”

International casino operator Las Vegas Sands Corp has been ranked as the most sustainable firm in the global casino sector, according to the 2023 edition of the S&P Global Sustainability... END_OF_DOCUMENT_TOKEN_TO_BE_REPLACED