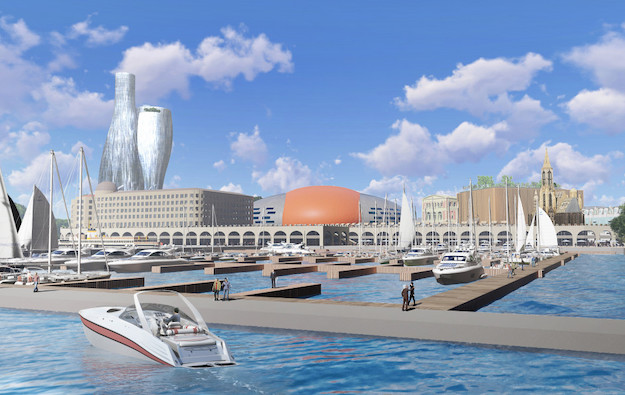 Sasebo City council has formally registered a vote in favour of Nagasaki’s IR District Development Plan, the basis of that Japanese prefecture’s tilt at having an integrated resort (IR) including a casino.

The Sasebo vote was on Friday. The IR project (pictured in an artist’s rendering) would be located at the Huis Ten Bosch theme park in Sasebo City, part of Nagasaki prefecture.

The Sasebo City council expressed concerns about how the slated JPY438.3-billion (US$3.5-billion) cost would be met. It also discussed whether the scheme was likely to be of benefit to Sasebo, according to GGRAsia’s Japan correspondent.

The Nagasaki authorities are yet to provide detail on the funding sources. Last week it was reported that CBRE Group Inc, an American commercial real estate services and investment firm, would have some involvement in the funding arrangements.

Previously-disclosed information said that the equity portion would be JPY175.3 billion, with 60 percent of the equity from Nagasaki’s private-sector partner, Casinos Austria International Japan Inc, 30 percent from other foreign companies, and 10 percent from Japanese companies.

This week, the Nagasaki prefectural assembly will discuss whether to agree on the prefecture submitting the IR District Development Plan to the national government by an April 28 deadline.

Up to three casino resorts will be permitted in Japan, under the liberalisation arrangements. Currently, Osaka and Wakayama are also likely to submit applications.

Macau is to create distinct zones on its casino floors and designated gambling chips that will be solely for the use of players from overseas. The moves will be part of a new gaming tax system to... END_OF_DOCUMENT_TOKEN_TO_BE_REPLACED