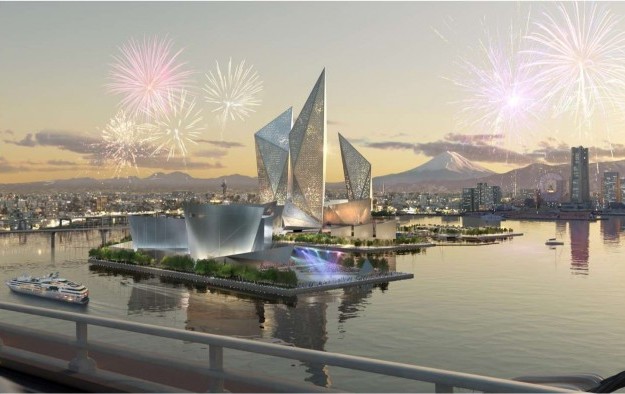 Japanese entertainment conglomerate Sega Sammy Holdings Inc says it is taking a cautious approach regarding any involvement in a domestic casino resort complex, or integrated resort (IR) as they are known in that country. The company’s management confirmed in a question-and-answer session that it intends to be a minority investor in such a project, with the aim of linking with an operator, as majority investor.

“There is a strong possibility that we will be able to secure adequate profitability when we participate as a minority” shareholder in a Japan IR project, said the company’s management. The commentary, disclosed on Friday, was included in Sega Sammy’s results announcement for the year ended March 31.

The management also said it thought the IR business could “become viable even if we curtail our investment.”

Sega Sammy’s management had previously stated the group was interested primarily in being a majority owner, were it to participate in a Japan casino project. The Japanese authorities have hinted international operators are expected to form alliances with local partners in order to pursue a casino-resort licence opportunity in that country.

Sega Sammy is said to be among three remaining anticipated contenders in Yokohama’s request-for-proposal (RFP) process concerning its search for a commercial partner for a casino resort.

The group already has a non-gaming resort in Japan, and is a partner in a foreigner-only casino resort in South Korea, the Paradise City in Incheon. The firm has previously announced a line-up of partners in order to present an IR project (pictured in an artist’s rendering) to the city of Yokohama.

In its latest commentary, Sega Sammy’s management said that when considering partnerships with other companies, “bringing in the strengths of each other would be better than tackling this business … alone.”

The management said additionally that it considered the Japan law related to IR development a“big concern”, namely regarding the duration of the licences, which is to be set by the national authorities. As such, financing for these projects could be a “tough condition,” said Sega Sammy’s management, adding that as a result it “judged that it would be better to control risks … and aim at appropriate returns.”

The Macau authorities announced on Friday some of the key aspects of a bill proposing a new regulatory system for gaming that will shape how the industry looks for years ahead. Macau’s Executive... END_OF_DOCUMENT_TOKEN_TO_BE_REPLACED