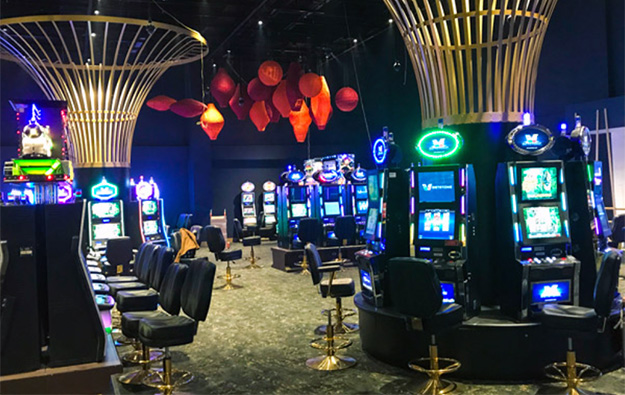 The promoter of a newly-operating Nepal casino resort near the country’s border with the Indian state of Uttar Pradesh says the venue will have a “grand opening celebration event” on March 16.

A filing from Silver Heritage Group Ltd on Wednesday added that the venue – Tiger Palace Resort Bhairahawa (pictured) – had its first “major event” of 2018 on January 26, coinciding with the India Republic Day holiday.

“The casino had visitation of over 660 patrons and over 120 guests stayed at the hotel that night. Participation in the event was ahead of management’s expectations, with the casino receiving over 50 percent more patrons than the New Year’s Eve event,” stated the filing to the Australian Securities Exchange.

Tiger Palace Resort launched casino operations on December 28 last year after receiving its gaming licence that day. At the time the venue had 44 gaming tables and 216 electronic gaming machines, according to a previous Silver Heritage statement. A soft opening of the property’s hotel facilities, offering 100 rooms, was held on September 20.

In its Wednesday filing, Silver Heritage also provided some financial highlights for the fourth quarter of 2017. The firm generated total unaudited sales revenue of US$5.44 million compared to US$4.76 million in the prior quarter.

Silver Heritage said it was “the strongest quarterly sales revenue since the company’s initial public offering in August 2016.”

The firm stated it planned to disclose its preliminary audited financial results for full-year 2017 prior to February 28.

The company also runs the Millionaire’s Club and Casino in Kathmandu, Nepal’s capital, and the Phoenix International Club, near Hanoi, in Vietnam.

Silver Heritage hinted in a September 2017 business update that it had identified another site in Nepal for a potential second new resort following the opening of Tiger Palace. According to that company update, the second site would be further east, near Nepal’s border with the Indian states of Bihar and Sikkim, and a relatively short distance from India’s contiguous border with Bangladesh.

The imminent return of package tours from mainland China will not only help boost Macau’s tourism businesses, but is also expected to help casinos gain more foot traffic in their mass gaming... END_OF_DOCUMENT_TOKEN_TO_BE_REPLACED