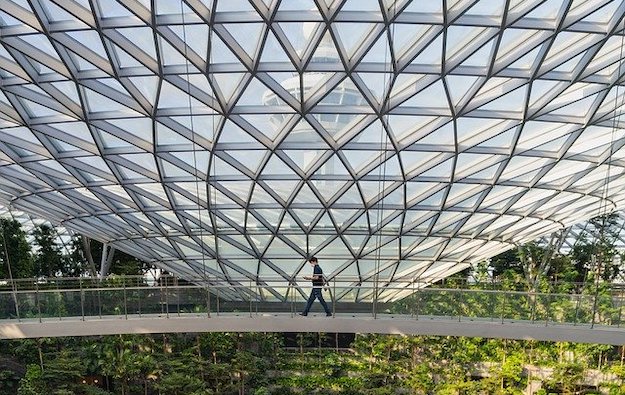 Air passenger volume at Singapore Changi Airport (pictured in a file photo) rose from about 18 percent of pre-Covid 19 levels in March, to nearly 40 percent of pre-pandemic business in April, said the city-state’s Minister for Transport, S Iswaran, in a speech on Wednesday.

“We are off to a good start,” said Mr Iswaran, in a speech at an airport event on Wednesday.

Air passenger volume would “grow further in the coming months as more flights and passengers return. We are well on track to restoring passenger volumes at Changi Airport to at least 50 percent of pre-Covid[19] levels by this year,” the minister added.

Singapore has a casino duopoly, split between Marina Bay Sands, run by a unit of United States-based Las Vegas Sands Corp, and Resorts World Sentosa, operated by Genting Singapore Ltd. At the time of casino liberalisation, in the first decade of the century, the Singapore authorities identified a key policy aim as the revamp of the city-state as a hub for overseas tourists.

Robert Goldstein, chairman and chief executive of Las Vegas Sands, had said on the group’s first quarter earnings call on April 27, that “Singapore is back”, in terms of “upward” month-on-month performance trends at Marina Bay Sands.

In the week ending April 17, Singapore’s air passenger traffic count had reached 400,000: equivalent to 31 percent of pre-Covid 19 levels, according to statistics released by the Civil Aviation Authority of Singapore last month.

The authority said at the time that it saw “particularly strong growth” for traffic to and from Australia, Malaysia, Indonesia and Thailand, and direct air traffic increased in the international- and local-traveller segments.

As of May 1, Singapore was linked by air to 125 cities across 47 countries and territories, via a total of 3,300 weekly scheduled flights, with operations share among 82 airlines, local media outlet the Straits Times reported.

Macau casino services firm Macau Legend Development Ltd says that a review conducted by an independent consultant “did not note any irregularity” in the dealings between the company and... END_OF_DOCUMENT_TOKEN_TO_BE_REPLACED