‘Singapore is back’: LVS chairman 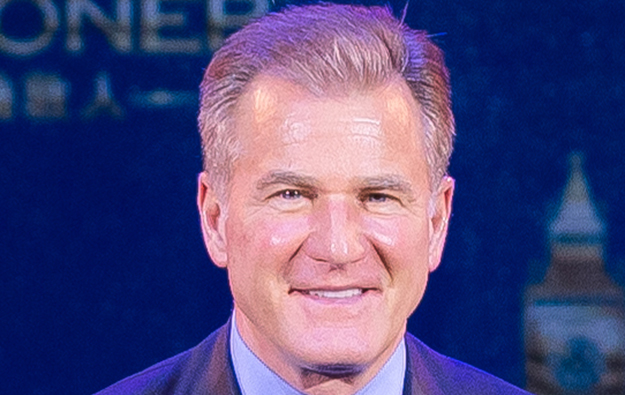 International casino operator Las Vegas Sands Corp (LVS) expects its Marina Bay Sands integrated resort to achieve a run rate in terms of earnings before interest, taxation, depreciation and amortisation (EBITDA) of US$1 billion still in 2022. The forecast by company chairman and chief executive Rob Goldstein was made in a Wednesday conference call with investment analysts following the firm’s announcement of its first quarter results.

“Singapore is back”, Mr Goldstein (pictured in a file photo) said, in a reference to “upward” month-on-month performance trends at Marina Bay Sands.

He added: “We’re back in business in Singapore in a very positive way.”

Nonetheless, first-quarter net revenues at the Singapore operation were down year-on-year, at US$399 million, versus US$426 million in the first quarter 2021, said the group in its earnings announcement in the United States on Wednesday.

Mr Goldstein noted however on the accompanying earnings call that, following the announcement by the Singaporean authorities that the city-state was to remove nearly all Covid-19-related travel restrictions, Las Vegas Sands expected business performance to improve significantly.

“We would like to think that [Marina Bay Sands] can return to a US$1-billion run-rate this year”, said Mr Goldstein. According to him, the property had already achieved an EBITDA run rate of US$700 million last month.

The Las Vegas Sands chairman added: “The question is how fast we get there. The demand is there. It will continue, assuming there are no more surprises from the Covid situation.”

In his comments during the conference call, Mr Goldstein stated Marina Bay Sands’ business growth was coming from all segments of the market.

He said: “Macau is in a difficult place right now. So, people are going to gravitate to other opportunities. They want to travel … I think our Marina Bay Sands product is in a very, very unique opportunistic window here.”

Earlier this month, brokerage Sanford C. Bernstein Ltd had said Marina Bay Sands was likely to return to pre-pandemic levels of business over the next two years, after the city-state entered this month in its ‘living with Covid-19’ phase, including easing of restrictions on inbound travel by vaccinated people.

The present position of Marina Bay Sands (pictured) in a Singapore casino duopoly – alongside Genting Singapore Ltd’s Resorts World Sentosa – is guaranteed currently until December 31, 2030. Such guarantee from the Singapore government coincided with the April 2019 announcement about the development of additional facilities, as agreed with the tourism board, with Las Vegas Sands making a pledge to commit SGD4.5 billion (US$3.31 billion) to extend its property.

Earlier this month, it was announced the Singapore Tourism Board had reached an arrangement with Las Vegas Sands whereby the firm could, if necessary, delay the start of the extension work until April 2023.

Mr Goldstein said during the conference call that Las Vegas Sands was still “working through issues” regarding plans for the SGD4.5-billion expansion of Marina Bay Sands.

Separately, the firm is engaging in a US$1-billion upgrade of Marina Bay Sands, to be completed in phases over 2022 and 2023.

During the conference call, the management of Las Vegas Sands approached the potential litigation costs related to the sudden closure of several junket-led VIP rooms at the firm’s Macau properties. Grant Chum Kwan Lock, chief operating officer of the firm’s Macau unit Sands China Ltd, said there were “some new court cases being raised by various stakeholders and participants in that system”, but there was “nothing material” so far to report from Sands China’s perspective.

Several investment analysts asked Las Vegas Sands’ management for details regarding the firm’s plans for new developments. The firm’s representatives declined to talk about a potential interest in a casino resort in Thailand and did not elaborate on Las Vegas Sands’ strategy to enter digital gaming. Regarding fresh investment in the U.S. land-based casino market – and following the conclusion of the sale of the firm’s Las Vegas assets in February – Rob Goldstein mentioned Texas, New York and Florida as potential targets.

During the conference call, the management of Las Vegas Sands also did not provide a timeframe for the potential resumption of dividend payment to shareholders.