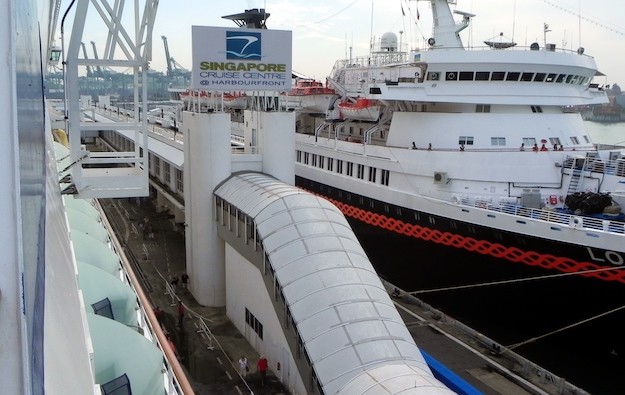 The Singapore Tourism Board (STB) will examine whether the city-state needs new infrastructure for cruise and ferry services, reported on Monday the Straits Times, adding that a tender had been called on September 6 for consultants to do a study.

Singapore – which has a duopoly of land-based casinos and also acts as a port for casino cruise ships – has been one of the first Asian jurisdictions to revive its inbound tourism market, including for gaming business.

On Sunday, the South China Morning Post reported – quoting an insider it did not identify – that the Royal Caribbean International passenger line might not wait for Hong Kong, which currently requires a period of hotel quarantine for those inbound, to ease its travel rules.

It was reported that Royal Caribbean had in February moved one vessel – the Spectrum of the Seas, which, according to company materials, is equipped wth an on-board casino – to Singapore.

The news outlet said the line had been in negotiations with the Hong Kong authorities for eight months, about the possibility of restarting round-trip cruises from Hong Kong. The line had previously run so-called ‘cruises to nowhere’ from there.

Since August 28, Singapore has further eased its entry rules for travellers. Those aged 13 or above – even if not fully vaccinated against Covid-19 – no longer need on arrival to undergo a seven-day stay-at-home notice and Covid-19 test prior to entry to the general community.

On September 12, Alvin Tan, Singapore’s Minister of State for Trade and Industry, and Culture, Community and Youth, said in parliament that the country’s Singapore Tourism Board Act would be amended, to give the board statutory powers for the economic regulation of the cruise industry.

From 2012 up to 2019 – i.e., before the Covid-19 pandemic – overall passenger throughput for cruises via Singapore had “grown at a compounded annual growth rate of 10.3 percent to reach 1.82 million,” Mr Tan was quoted as saying.

More than 400 cruise ships representing an aggregate of 30 cruise brands had called at Singapore’s ports in 2019, according to Singapore Tourism Board.

In May it was announced that a cruise brand controlled by Malaysian entrepreneur Lim Kok Thay was to launch services from Singapore fewer than five months after the Lim family-founded Genting Hong Kong Ltd casino cruise group entered provisional liquidation.

The new entity – Resorts World Cruises – has been operating a vessel called Genting Dream, which houses a casino on board.