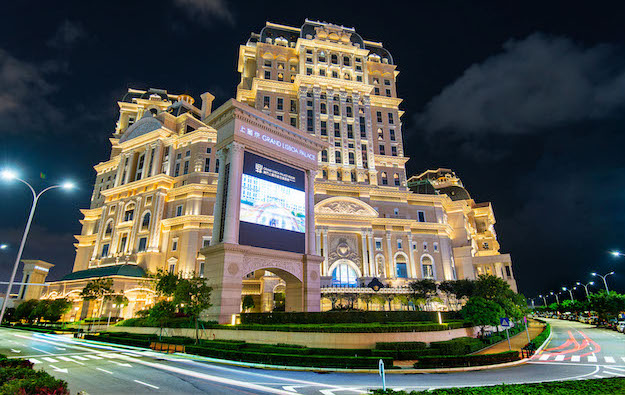 Macau casino operator SJM Holdings Ltd reported a first-half net loss of nearly HKD2.76-billion (US$351.2 million), compared to a loss of HKD1.47-billion in the first six months of 2021. That was on revenue that declined by 20.9 percent year-on-year, to HKD4.13 billion, due to lacklustre performance both in the mass-market and VIP gaming segments, the firm said in a Monday filing to the Hong Kong bourse.

Group adjusted earnings before interest, taxation, depreciation and amortisation (EBITDA) for the first half of 2022 was negative to the tune of almost HKD1.18 billion, compared to the negative HKD510 million recorded in the prior-year period.

The firm said the Covid-19 pandemic “continued to have a materially adverse effect” on the company’s first-half performance. It pointed out that it expected that gross gaming revenues in Macau – as well as hotel, restaurant and other non-gaming activities that depend on tourism – would “continue to be negatively impacted by Covid-19 for an indefinite period in the future.”

SJM Holdings said: “We do not expect a return to our pre-pandemic level of revenue during 2022.

“Even after travel restrictions are lifted, moreover, it is not possible to predict whether there will be lingering economic effects and health concerns caused by Covid-19 that will affect our business for a longer period.”

In a press release on Monday, the company’s vice-chairman and chief executive, Ambrose So Shu Fai, also confirmed the group would take part in the fresh public tender for Macau gaming rights, which is accepting bids until September 14.

“We look forward to successful participation in the tender for new Macau gaming concessions later this year and to our continued presence in Macau for many years to come,” Mr So said.

Group net gaming revenue for the six months to June 30 declined by 24.9 percent year-on-year, to just above HKD3.81 billion.

Revenue from slot machines went down by 6.3 percent year-on-year, to HKD248.0 million.

Last month, SJM Holdings announced it had completed a refinancing of its syndicated banking facilities, consisting of a HKD9-billion term loan and a HKD10-billion revolving credit.

Macau casino operator MGM China Holdings Ltd had a “record” market share in January, and its venues were the “highest-earning businesses” in the portfolio of the majority owner MGM Resorts... END_OF_DOCUMENT_TOKEN_TO_BE_REPLACED