Some attendees announced for first ICE Asia in Manila 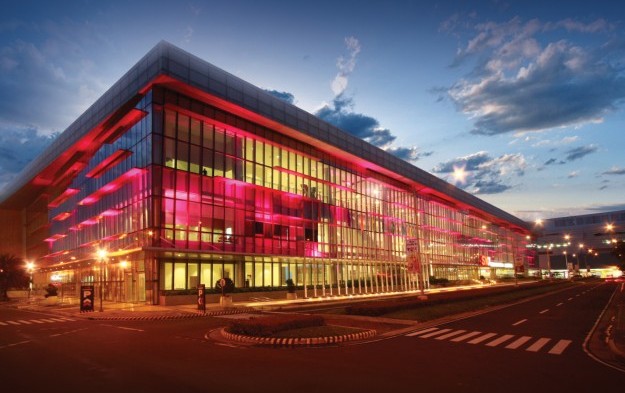 A new casino industry conference and exhibition in Asia – under the “ICE” branding used by Clarion Gaming for a popular London, United Kingdom event each year – has announced some of its conference speakers.

ICE Asia – focused on the land-based casino industry, is to be held concurrently with SiGMA Manila, an event for the online industry. ICE Asia is due to run from June 8 to June 9 at the SMX Convention Center (pictured), in Manila.

ICE Asia conference content announced on Wednesday included participation by Jonathan Strock, president of the Japan unit of French gaming operator Groupe Lucien Barrière, a contender for a Japanese gaming licence. Also due to take part in ICE Asia is Jose Angel Sueiro, chief executive of PH Resorts Group Holdings Inc, part of Philippine entrepreneur Dennis Uy’s Udenna Corp, and which has announced plans for casino resorts in Cebu and Clark in the Philippines. Another attendee will be Sudhir Kalé, founder and principal at GamePlan Consultants.

ICE Asia will use some themes common to ICE London – an event previously known as the International Casino Exhibition. They include the: “International Legislators’ Agenda”; “Consumer Protection Zone”; and “Totally Gaming Academy”.

Clarion Gaming announced previously it would not hold this year a Japan Gaming Congress in Tokyo. Japan-related topics will be, instead, discussed in some ICE Asia conference sessions, and in a segment called the “International Legislators’ Agenda”. Access to the latter will be by invitation only, but the organiser says attendees will include Japanese policymakers and regulators.

SiGMA Manila will feature topics including use of blockchain technology in gaming, e-gaming, and regulatory issues specific to the online sector.

GGRAsia approached – via a representative – the ICE Asia organiser, asking whether the timing of the event might need to be changed because of the novel coronavirus episode affecting travel around the region and the world as a whole.

The organiser advised would-be participants to “check the latest travel advice and entry guidelines before making travel arrangements, in respect of the travel restrictions several countries have imposed to and from mainland China.”

The organiser added: “We will continue to keep all attendees fully informed of any developments.”

A casino cruise brand reportedly controlled by Malaysian entrepreneur Lim Kok Thay is to launch services from Singapore fewer than five months after the Lim family-founded Dream Cruises brand of the... END_OF_DOCUMENT_TOKEN_TO_BE_REPLACED