Some Mansion villas opened this week at MGM Cotai 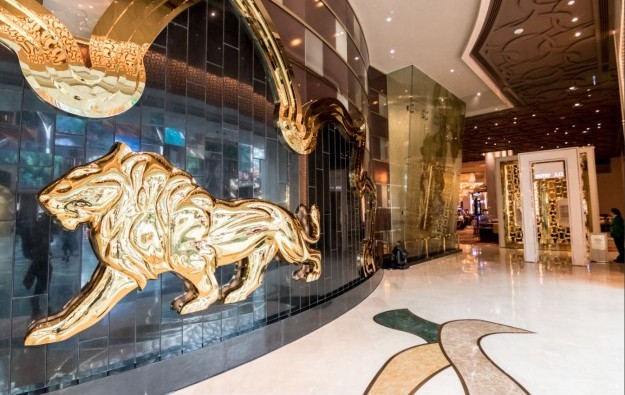 “Mansion” is a branding term used by the MGM group to describe some luxury accommodation within its properties in several markets.

Mr Murren characterised the Mansion brand – in comments to Bloomberg News –  as “the final word in luxury accommodation”.

A number of Macau casino operators – including Lawrence Ho Yau Lung, chairman and chief executive of Melco Resorts and Entertainment Ltd – has suggested that ultra-luxury accommodation can differentiate a casino resort from its competitors and potentially attract fresh VIP and premium mass gambling clients. Melco Resorts launched the US$1.1-billion Morpheus – its own effort at ultra-luxury accommodation – at City of Dreams Macau in June last year.

MGM Resorts’ Mr Murren confirmed in his comments to Bloomberg MGM China had invested “US$3.5 billion” in MGM Cotai.

“The profits are starting to ramp up there, as we are developing more of our VIP business. We are long-term believers in the Macau market, and we would love – over time – to invest more,” he stated.

Grant Bowie, chief executive of MGM China, last week told GGRAsia that not all the Mansion villas at MGM Cotai would open in one go.

“We are going to progressively open them over the next few months, given the service standards we want to get ourselves to,” stated Mr Bowie.

The MGM China CEO also told GGRAsia last week that the sub-concession extension until June 2022 announced on March 15 for MGM China by the city’s government, strengthened the firm’s “capacity to finance the business”. It is a matter of public record that among MGM China’s plans for that market is a scheme to build another tower at MGM Cotai

MGM Resorts’ boss Mr Murren noted in his comments to Bloomberg regarding the Macau market: “Concessionaires there need to prove the right to be in Macau. We believe we are proving that right, and we hope to be there for a long, long time.”

Macau’s casino gross gaming revenue (GGR) for the first five days of February is estimated at MOP1.9 billion (US$235.1 million) – or MOP380 million per day – a level that suggests a “45... END_OF_DOCUMENT_TOKEN_TO_BE_REPLACED