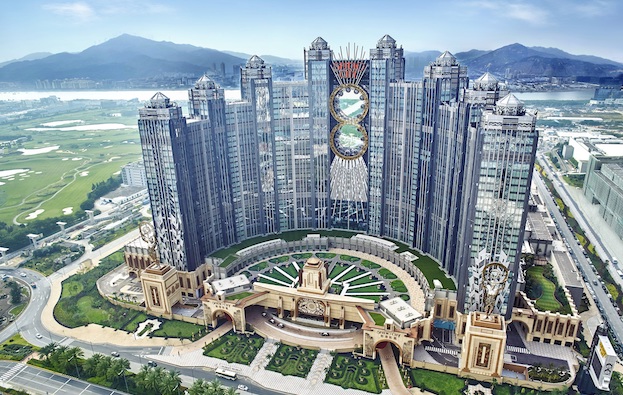 The promoter of the Studio City casino resort (pictured) in Macau’s Cotai district has been given a seven-month extension by the local government on the deadline by which it must complete development of its land concession.

The new date – December 27, 2022 – takes the land-concession development deadline beyond the expiry date of the underlying Macau gaming licence that supports the business of Studio City. That licence, belonging to a subsidiary of Melco Resorts and Entertainment Ltd, the majority investor in Studio City, is due to expire on June 26, 2022.

Studio City International Holdings Ltd, the promoter of Studio City, gave notice of the Macau government’s granting of extra time for further development of the property, in a Wednesday press release.

The land concession for Studio City does not directly include gaming operations.

Studio City International Holdings’ annual report, issued on March 31, had said the earlier deadline was May 31, 2022. The latter date had itself been an extension from an earlier development deadline set by the Macau government.

The firm had also noted in its 2020 annual report that as of December 31, it had incurred approximately US$256.2 million in aggregate costs relating to ongoing development of Studio City.

In the 2020 annual report of Hong Kong-listed Melco International Development Ltd – the parent of Melco Resorts – also filed on March 31, the parent said what it termed phase two of Studio City was under construction.

The new phase at Studio City will also include gaming space and several non-gaming attractions, including a multi-screen cinema, “fine-dining restaurants” and space for meetings, incentives, conferences and exhibitions (MICE), according to the results document.

A new family-entertainment focused water park at Studio City is going to be launched on May 22.

In its first-quarter results issued recently, Melco Resorts said that its majority-owned Studio City property generated adjusted earnings before interest, taxation, depreciation and amortisation (EBITDA) that were negative by US$5.2 million, an improvement on the negative US$5.5 million in the previous quarter.

The imminent return of package tours from mainland China will not only help boost Macau’s tourism businesses, but is also expected to help casinos gain more foot traffic in their mass gaming... END_OF_DOCUMENT_TOKEN_TO_BE_REPLACED