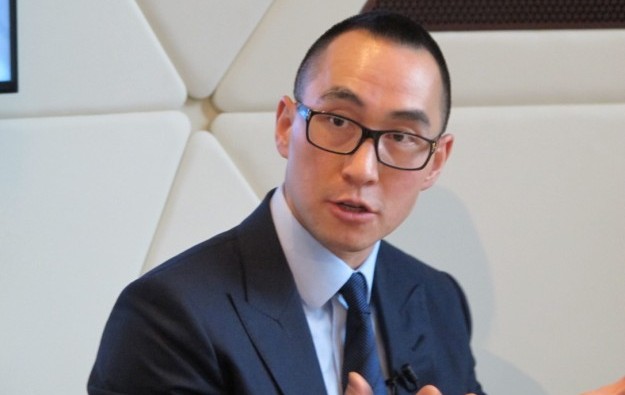 Melco Resorts and Entertainment Ltd expects to launch the second phase of its majority-owned Studio City casino resort in Cotai only in the second quarter of 2023. The full opening of that phase is likely to take place is stages.

The information was provided by the firm’s chairman and chief executive, Lawrence Ho Yau Lung (pictured in a file photo), speaking on the group’s earnings call following its second-quarter results issued on Thursday.

“The construction of Studio City Phase 2 is progressing well,” despite challenges posed by restrictions linked to the Covid-19 pandemic, Mr Ho said. “We will continue to monitor the markets closely to determine the appropriate time to open, and currently anticipate phasing the opening, beginning in the second quarter of 2023”.

The company had previously stated it planned to begin operating the second phase within this calendar year.

During the conference call, Melco Resorts’ management indicated a likely spend of US$250 million for the completion of the second phase of Studio City: the majority of it would be disbursed this year.

According to a note issued by brokerage Sanford C. Bernstein Ltd after the conference call, the casino operator had previously stated it expected “to use a large amount of existing staffing” to run the second phase of Studio City. “But there will be some additional staff cost increases once Phase 2 is fully up and running,” wrote analysts wrote analysts Vitaly Umansky, Louis Li and Shirley Yang.

All eyes on Party Congress

Mr Ho admitted during the conference call that this year’s summer trading period had been “dreadful in Macau” given a recent community outbreak of Covid-19.

The outbreak, which started on June 18 and took more than a month for the authorities to bring under control, saw a 12-day shutdown in July of the city’s casinos as a precaution, as well as tightened travel rules between Macau and neighbouring Zhuhai in the Chinese mainland’s Guangdong province.

“We are slowly and gradually coming out of it,” Mr Ho said. “In the last two weeks, we have seen a progressive improvement, baby steps… We are hopeful that Golden Week in October is going to be a good [period].” That was a reference to a holiday season in mainland China encompassing the country’s National Day on October 1. In pre-pandemic times, the season was a peak period for Macau’s casino and tourism industries.

The boss of Melco Resorts pointed out that an important event to keep in mind was the upcoming National Congress of the Communist Party of China (CPC), scheduled for the second half of this year, likely in October. According to several analysts, it is expected to pave way for Xi Jinping to have a third term as president, an unprecedented event for the People’s Republic of China.

“Everybody is looking at the Communist Party congress throughout October to see other catalysts and other signs,” Mr Ho said.

Management at Melco Resorts stressed that a recovery of Macau’s gaming market would take time, likely becoming more visible in the last quarter of 2022. One issue mentioned was the need for a ramp up for outbound visa issuance for mainland Chinese residents wanting to come to Macau.

During the conference call, analysts also asked about a potential streamlining of Melco group’s corporate structure. Mr Ho was also asked about eventual moves by the management to address risks related with the placing of Melco Resorts and related entity Studio City International Holdings Ltd on a provisional list – compiled by the United States’ Securities and Exchange Commission (SEC) – of Chinese companies at risk of being delisted from the U.S. bourses.

Mr Ho stated the group was looking into potential solutions, including returning Melco Resorts to the Hong Kong Stock Exchange, where it once was listed. “We still have time if we needed to do something else. So, we are quite comfortable on that point,” he said.

Mr Ho added: “The key focus is digging ourselves, together with the other five operators, out of hole that Macau has been in for the last three years.”

Macau’s casino gross gaming revenue (GGR) for the first five days of February is estimated at MOP1.9 billion (US$235.1 million) – or MOP380 million per day – a level that suggests a “45... END_OF_DOCUMENT_TOKEN_TO_BE_REPLACED