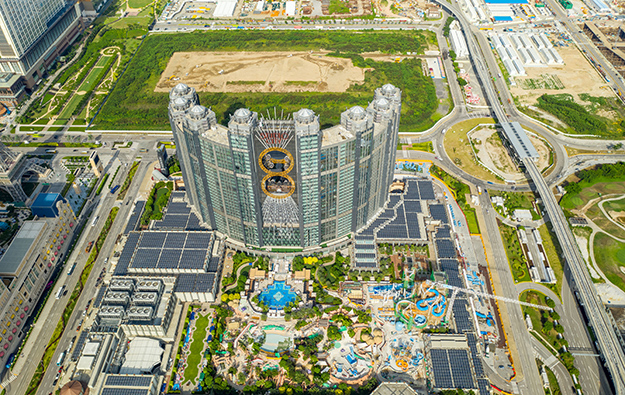 Moody’s Investors Service Inc said on Monday that Studio City Finance Ltd’s announcement to issue additional senior notes due in 2029 would boost the firm’s “good liquidity”, and give it enough cash balance to support its planned capital spending over the next 12 months.

Studio City Finance, the promoter of the Studio City casino resort (pictured) in Macau’s Cotai strip, announced this week a proposed international offering of an aggregate amount of US$350 million, 5.000 percent senior notes due 2029.

The latest notes would constitute as additional notes to be issued on the “same terms and conditions” as the firm’s indenture dated January, whereby it issued US$750 million in aggregate principal amount of 5.000 percent notes due 2029.

In its filing, Studio City Finance said that the net proceeds from the latest proposed exercise are to be used to partially fund the capital expenditures of its “remaining project” of Studio City, known as the second phase development of the casino resort, as well as for general corporate purposes. The promoter of Studio City was earlier this month given a seven-month extension by the Macau government – to December 27, 2022 – by which it must complete the development on its land concession.

In Monday’s note, Moody’s said that the note offering would not affect Studio City Finance’s “B1″ rating, a non-investment grade, with a negative outlook.

“The debt increase is within our expectation because we had expected Studio City Finance to fund a significant part of its large-scale phase two capital spending using debt,” said Sean Hwang, a Moody’s assistant vice president and analyst, in comments included in Monday’s statement.

He added: “The tap issuance will boost Studio City Finance’s good liquidity, giving it a sufficient cash balance to cover its planned capital spending over the next 12 months.”

The ratings house said Studio City Finance’s latest proposed issuance of senior notes would increase the firm’s reported debt to about US$2 billion from US$1.7 billion as of March this year, and at the same time raise the firm’s cash balance to circa US$800 million to US$850 million from US$543 million, on a proforma basis.

Given Studio City Finance’s “still weak operating cash flow”, the firm would likely see its annual capital spending reach about US$500 million to US$550 million in 2021 and 2022, most of that to be funded by the firm’s “existing cash and incremental debt”, noted Moody’s.

The ratings agency expected Studio City Finance’s reported debt to peak around US$2.3 billion in the next one to two years. It also projected that Studio City Finance’s adjusted debt to earnings before interests, taxation, depreciation and amortisation (EBITDA) to be “weak” at above 20 times this year, before recovering to eight to nine times in 2022 and five to six times in 2023, following the expected recovery in gaming earnings from the impact of the Covid-19 pandemic.

Macau recorded 69,279 visitor arrivals on the sixth day of the Chinese New Year (CNY) holiday period, showed official data. The city welcomed about 384,600 visitors in the first six days of the... END_OF_DOCUMENT_TOKEN_TO_BE_REPLACED