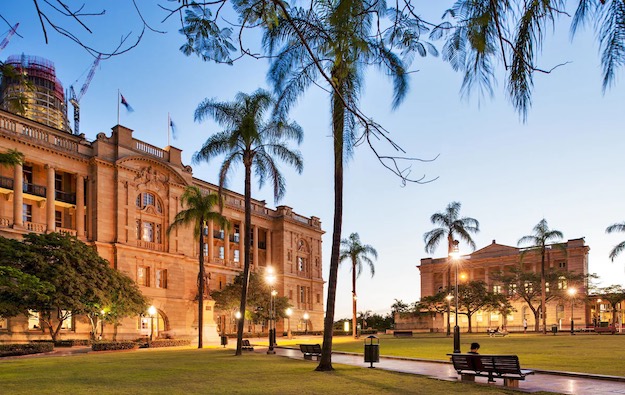 The Australian Securities and Investments Commission (ASIC) announced on Tuesday it has begun civil proceedings in the country’s federal court against 11 past and present directors and executives of casino operator The Star Entertainment Group Ltd.

The corporate watchdog said in a release that those people were accused of breaching their duties between 2017 and 2019, as they did not take the necessary steps to distance the company from people with alleged criminal links. It mentioned casino junket Suncity Group Ltd in that context.

ASIC’s deputy chair Sarah Court said in prepared remarks: “ASIC alleges that Star’s board and executives failed to give sufficient focus to the risk of money laundering and criminal associations, which are inherent in the operation of a large casino with an international customer base.”

The regulator said its case includes claims against a number of past and current executives, including former chairman John O’Neill, and Matthias Bekier, the firm’s former managing director and chief executive.

In a Tuesday filing, The Star said the company and its subsidiaries were “not parties to the proceedings”.

The case alleges that people who were at the time The Star board members, had “approved the expansion” of the company’s relationship “with certain individuals with reported criminal links, rather than addressing money laundering risk by inquiring into whether Star should be dealing with them.”

ASIC also said that the executives – when provided with information about money laundering risks – “did not take steps to make further enquiries of management about those critical risks and that this was a breach of their director duty obligations.”

The watchdog further alleged that Mr Bekier, and executives Paula Martin, former company secretary and general counsel; and Greg Hawkins, former chief casino officer, breached their duties by “not adequately addressing the money laundering risks that arose from dealing with Asian gambling junket Suncity and its founder, as well as continuing to deal with them despite becoming aware of reports of criminal links.”

The reports by the gaming regulators in New South Wales and Queensland made extensive mention of The Star’s previous links to former Macau casino junket boss Alvin Chau Cheok Wa, and his Suncity brand.

A criminal trial in Macau for Mr Chau and other defendants linked to the now-defunct Suncity Group concluded in late November. The verdict – and eventual sentencing – is scheduled for January 18.

The Star’s operations in the Australian states of New South Wales and Queensland have been placed under state-government supervision, following reviews in those states that found the company unsuitable to hold casino licences in the respective states.

In October, the company’s licence for its flagship Sydney casino, in New South Wales, was suspended “indefinitely” from October 21. The firm was also fined AUD100 million (US$67.5 million) by the New South Wales authorities.

Earlier this month, the Australian casino operator was also fined AUD100 million by the Queensland authorities. Its licences in that state will also be suspended for a “period of 90 days”, but the authorities deferred the start date of the suspensions to give the casino firm “an opportunity to remediate its management and operations and get back to a position of suitability”.

International casino operator Las Vegas Sands Corp has been ranked as the most sustainable firm in the global casino sector, according to the 2023 edition of the S&P Global Sustainability... END_OF_DOCUMENT_TOKEN_TO_BE_REPLACED