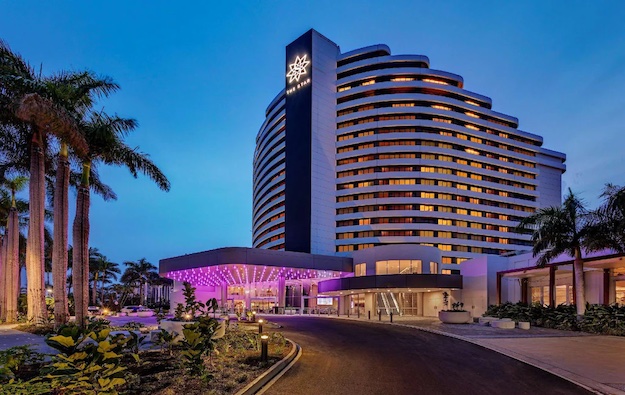 The Star Entertainment Group Ltd’s licences in the Australian state of Queensland will be suspended for a “period of 90 days”, and its properties there will be placed under state-government supervision. The information was given in a Friday statement from Shannon Fentiman, the state’s attorney-general.

The Australian casino operator was also fined AUD100 million (US$67.9 million), according to the statement.

The fine will have “to be paid over 12 months”, and the start of the suspension of The Star’s licences was “deferred until 1 December 2023,” said the announcement. “An experienced independent special manager” will be appointed to monitor The Star’s operations in Queensland, “with the cost to be recouped from the relevant casino,” it added.

The company currently operates two Queensland casinos: The Treasury Brisbane and The Star Gold Coast (pictured); and is building a third, the Queen’s Wharf Brisbane scheme, with partnership from two Hong Kong-based businesses: Chow Tai Fook Enterprises Ltd, and Far East Consortium International Ltd. The latter venue is due to open in the second half of 2023.

“Queensland casinos must operate with integrity – and it is clear that there have been major failings by the Star group and its entities,” Ms Fentiman said. “I was appalled at the extent of the actions of The Star in welcoming excluded persons to their casinos and the exorbitant incentives on offer for questionable gamblers,” she added.

In October, the Queensland government had found The Star “unsuitable” to hold casino licences there. That followed completion of a review process that found the casino operator concealed from the authoritiesillegitimate wager payments it obtained from Chinese patrons, and lured problem gamblers from other Australian states.

It is the second time in less than two months that The Star has been fined and had its licences suspended in Australia.

The company’s licence for its flagship Sydney casino was suspended “indefinitely” from October 21, and placed under state-government supervision. The firm was also fined AUD100 million by the New South Wales authorities.

The attorney general has named Nicholas Weeks, a representative of Wexted Advisors, a Sydney-based business consultancy specialising in corporate restructuring, as a “special manager” for the firm’s operations in Queensland. Mr Weeks has also been appointed by the New South Wales gaming regulator to oversee The Star Sydney’s operations.

Queensland official Ms Fentiman said on Friday that that the deferred start date of the licence suspensions will give The Star “an opportunity to remediate its management and operations and get back to a position of suitability”.

She stated: “Should The Star make satisfactory progress towards rectifying these issues, the special manager and I may determine to postpone or rescind the suspension of licences.”

International casino operator Las Vegas Sands Corp has been ranked as the most sustainable firm in the global casino sector, according to the 2023 edition of the S&P Global Sustainability... END_OF_DOCUMENT_TOKEN_TO_BE_REPLACED