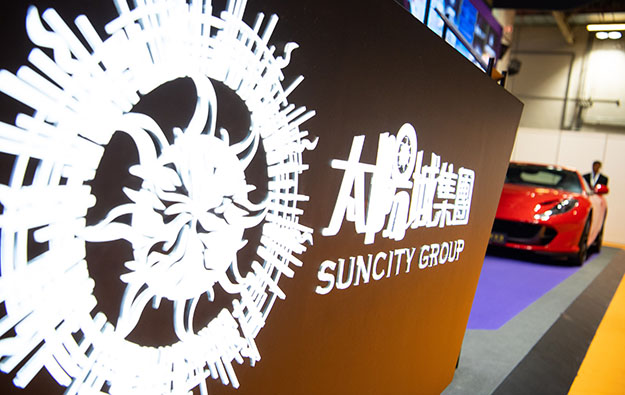 Hong Kong-listed Suncity Group Holdings Ltd is to have “full control” over the design of the main hotel casino in a long-awaited Manila, Philippines casino project that has previously been referred to as “Westside City Resorts World”, and before that, “Bayshore City Resorts World”.

So said Suncity Group Holdings in an emailed reply to questions by GGRAsia.

“We control the building design,” the firm told GGRAsia. Suncity Group Holdings “has full control” over what will be built there, it added.

The property – identified by the company as “Westside City Resorts” – is to start operations “by fourth quarter 2022”, Suncity Group Holdings stated. It will be located in Entertainment City, a 120-hectare (297-acre) parcel of reclaimed land in Metro Manila. Entertainment City as a whole is being marketed by the Philippine authorities as a casino cluster meant to emulate the success of Macau’s Cotai district.

Suncity Group Holdings said it planned to develop a “competitive” product for consumers in the Asian gaming market. “Our goal is to build an integrated resort that suits the market for many years to come, especially for our target group – the high-spending, young, ‘work-hard, play-hard’ customers.”

The company announced in a Tuesday filing a “co-development” agreement between a Philippine-listed entity called SunTrust Home Developers Inc and another firm called Westside City Resorts World Inc, for the scheme.

Under the deal, the Westside entity and controlling shareholder Travellers International Hotel Group Inc – a venture between Philippine conglomerate Alliance Global Group Inc and Hong Kong-listed Genting Hong Kong Ltd that also runs the Resorts World Manila casino resort in the Philippines – are to lease the Westside City Resorts project site for “development of the main hotel casino”, and Westside “is to appoint SunTrust as the sole and exclusive operator and manager of the main hotel casino.”

Suncity Group Holdings told GGRAsia that, by investing in the Manila scheme via Philippine-listed SunTrust, it could have “access to a broad range of investors, which in turn facilitates future fund raising for the project”. The firm added that it planned to finance the Manila project via SunTrust through “a mix of equity, [and] convertible bonds, as well as bank financing”.

Tuesday’s filing by Suncity Group Holdings already made reference to an increase in Suntrust’s authorised capital stock from PHP3 billion (US$58.8 million) to PHP23 billion. Fortune Noble Ltd, a British Virgin Islands firm wholly owned by Suncity Group Holdings – alongside Philippine-listed Megaworld Corp – a a subsidiary of Alliance Global – a third-party entity – would subscribe to approximately 5 billion common shares in SunTrust under that exercise.

Suncity Group Holdings stated the firm was interested in entering the Philippines casino sector as this was “a fast-growing Asian gaming market”, with the Entertainment City integrated resorts contributing “significantly” to such growth.

Private-sector casino resorts in the Philippines recorded overall GGR of PHP86.32 billion in the first six months of 2019, an increase of 16.6 percent compared to PHP73.94 billion in the prior-year period, according to data by local regulator the Philippine Amusement and Gaming Corp.

Most of the private-sector casino GGR in the first half of 2019 – about PHP80.34 billion – was generated by the four properties associated with Manila’s Entertainment City project.

The firm did not disclose a budget for the hotel casino project. SunTrust will have to pay US$200 million to Westside “for use of the project site and reimbursement of costs” previously incurred related to the project, according to Suncity Group Holdings’ Tuesday filing.

Suncity Group Holdings stressed the importance of its local partners Megaworld and Travellers for the success of the Manila project. “They know the local market well and have established strong local connections,” it said.

The firm added: “Both Travellers and Megaworld welcome Suncity to join hands with them because our skills complement each other – Suncity is good at gaming while Megaworld is good at building shopping malls.”

Megaworld is one of the largest real estate developers of residential and commercial properties in the Philippines.

Suncity Group Holdings is controlled by Alvin Chau Cheok Wa, the boss of privately-held Macau junket investor Suncity Group Ltd. According to Tuesday’s filing, Mr Chau is providing – via a wholly-owned firm – a loan facility to Suncity Group Holdings of up to HKD1.75 billion (US$223.3 million) at an annual interest rate of 3.5 percent, to support the acquisition of the controlling stake in SunTrust and the deal for the Manila casino scheme.

“This is an injection of confidence” and a “solid proof” of Mr Chau’s support to the company, Suncity Group Holdings told GGRAsia, highlighting the “low” interest rate charged by Mr Chau.

In its Tuesday filing, Suncity Group Holdings had stated the rate was “well below the best lending rate of more than 5 percent per annum for Hong Kong dollars advances as quoted by leading licensed banks in Hong Kong”.

Elsewhere, privately-held Suncity Group this week confirmed it was partnering with international architecture firm Aedas to put forward a “tailor-made” project for an integrated resort in Japan’s Wakayama prefecture. Japan is to permit up to three casino resorts in a first phase of market liberalisation.

Slot-machine maker and game-content provider Aristocrat Leisure Ltd says it has completed the acquisition of Roxor Gaming Ltd, a game developing company based in London, in the United Kingdom. The... END_OF_DOCUMENT_TOKEN_TO_BE_REPLACED