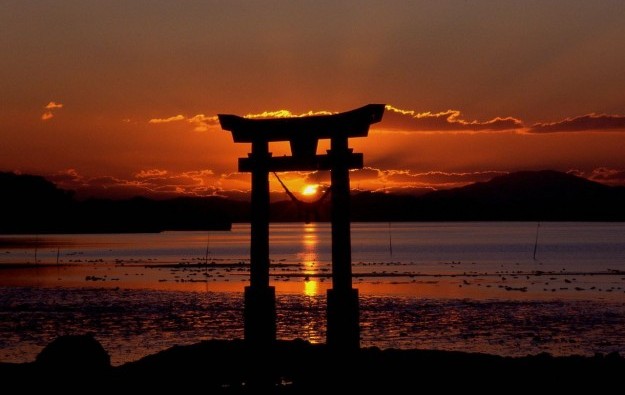 Japan’s national government might not grant three licences for integrated resorts (IRs) in the country’s first phase of casino gaming liberalisation, say several industry observers in comments to GGRAsia. That is after the election on Sunday of an anti-IR mayor in Yokohama, Takeharu Yamanaka, who said he would soon clarify that the city would not apply to join the bidding process to host a casino complex.

A maximum of three IRs are permitted nationally in Japan’s initial phase of market liberalisation. Yokohama, near Tokyo, is japan’s second-most populous city, and its likely withdrawal from the IR race leaves three interested cities bidding for the same number of licences.

Osaka, the nation’s third-most populous city, is now the only large-scale metropolis remaining as a candidate. Wakayama, adjacent to Osaka, and Nagasaki, are the other would-be host locations. Local authorities interested in hosting a casino resort must first select a commercial partner, and then apply to the national government for the right to host such a facility.

“Three is the maximum number [of licences] stated in the law itself. This doesn’t mean that the government has to decide on awarding licences to three [casino resorts],” remarked Toru Mihara, a scholar specialising in Japan’s public policy on gaming, in comments to GGRAsia.

Industry consultant Joji Kokuryo shared a similar view. He told GGRAsia: “Osaka, Wakayama and Nagasaki and their IR partners will each have to earn national approvals for their IR development plans. Of course, the first phase of approvals will have to come from the actual applications, but by no means will all three be approved just for making submissions to the national government.”

“There could be zero, one, two, or three IR development approvals given. This will depend entirely on the quality and integrity of each local government’s application,” suggested Mr Kokuryo, managing director of Bay City Ventures Ltd, a Tokyo-based consultancy with specialist interest in Japan’s casino liberalisation drive.

Japan’s national government will be accepting IR plans from local governments between October 1, 2021 and April 28, 2022. The initial phase of casino resorts’ opening is assumed to take place in the latter half of 2020s, according to previous commentary made by local governments.

The three locations still in the race are currently in the final stages of choosing their private-sector partners. Casino operator MGM Resorts, alongside Japan’s Orix Corp, is the sole qualified bidder in the process to develop a casino resort in Osaka.

Japan’s Nagasaki prefecture said earlier this month it had selected Casinos Austria International Japan Inc as its “priority candidate” for its tilt at having an IR. In July, the Wakayama prefectural government said it had approved a consortium led by Clairvest Neem Ventures Co Ltd as its partner for an IR development.

Brendan Bussmann, partner and director of government affairs at casino industry consultancy Global Market Advisors LLC, told GGRAsia: “While the IR race appears to be down to three, there could be a scenario where only one is selected. This would leave the other two licences up for consideration under a different timeline and scenario.”

As Yokohama’s mayor-elect said he planned to withdraw the city from Japan’s IR race and abolish the IR Promotion Office soon after taking office on August 30, former casino executive Daniel Cheng pictured several subsequent scenarios that could emerge in the nation’s effort to host casino resorts.

“The [national] government could shift the… selection period [October 2021 to April 2022] using the reason of prioritising their efforts to fight the [Covid-19] pandemic,” Mr Cheng told us. He is a former senior executive at respectively casino investor Genting group and at Hard Rock International, where latterly he worked on exploring a Japan scheme in Hokkaido.

The industry observer continued: “A six- or 12-month delay and an endemic [Covid-19] environment may be conducive for other host candidates to emerge: Hokkaido, Aichi, Fukuoka, Tokyo – each location’s micro-factors permitting.”

Mr Cheng suggested also a scenario where, if Japan was approving only one or two local government’s IR development plans by next year, the invitation for such plans could be “reopened” for submissions “sometime in late 2022 or early 2023”.

Doubts have also emerged on the economic benefits that casino resorts were supposed to bring to Japan’s local communities, as the prolonged Covid-19 health crisis have had a drastic impact on tourism prospects and investors’ confidence.

Mr Cheng stated: “Tourism was the original thrust for Japan’s IR legislation back in the 2000s but the justification is not as impactive now because tourist arrivals have grown spectacularly because of Chinese tourists since then.”

He added: “Local economic rejuvenation only really applies to licences for regional locations, which is why the three licences are said to be divided between metropolitan and regional hosts.”

The current three contenders for Japan’s casino resort licences are all located in western Japan. Osaka is described as a metropolitan location for a casino development, while the other two are considered regional locations.

Mr Mihara said he believes that the IR concept is still being promoted by some of Japan’s local governments as a plan to spur local tourism and economy. “That takes into consideration that an IR shall be opened in the latter part of 2020s, at which time Covid-19 may be solved and then tourism may come back to normalcy,” the scholar added.

Mr Mihara said that “unless local governments start to … change policy and laws,” it was unlikely that the current central government would be “changing any fundamental” provisions in the IR framework policy.

Global Market Advisors’ Mr Bussmann believed that a casino resort plan could bring on a “multiplier effect” that benefits local small and medium-size companies that support such scheme.

“IRs have been discussed for 20 plus years [in Japan]. The policy goals from the beginning remain true today. It’s time to push forward with this effort to help serve as further catalyst for Japan’s post-pandemic rebound through the initial construction and then on the back half of 2020s when these facilities will open to drive tourism,” Mr Bussmann stated.

The imminent return of package tours from mainland China will not only help boost Macau’s tourism businesses, but is also expected to help casinos gain more foot traffic in their mass gaming... END_OF_DOCUMENT_TOKEN_TO_BE_REPLACED