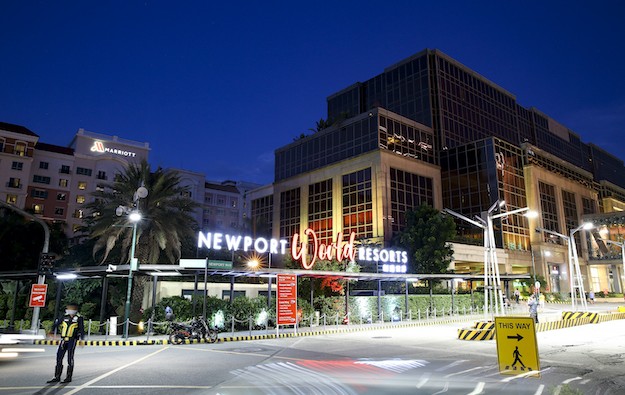 Travellers International Hotel Group Inc, the owner and operator of the Newport World Resorts casino complex, reported second-quarter gross gaming revenue (GGR) of PHP8.2 billion (US$147 million), up 143 percent from a year ago and an increase of 25 percent compared to the initial three months of 2022.

The Travellers International results were part of a Monday filing from one of the firm’s shareholders, Manila-listed Alliance Global Group Inc. The other shareholding entity is Hong Kong-listed Genting Hong Kong Ltd.

Travellers International reported net profit to owners of PHP225 million, a decline of 94 percent compared to the prior-year period. The firm’s results for the second quarter of 2021 had been positively impacted by a “one-time income” of PHP5.4 billion.

According to Alliance Global’s filing, the firm upped its stake in Travellers International to 60 percent as of June, an increase of 10 percentage points compared to six months before.

The filing stated that Travellers International’s second-quarter performance “benefitted from” the easing of “mobility restrictions” related to Covid-19. From March 1, Metro Manila was placed under “alert level 1”, the lowest level of countermeasure against Covid-19, which allowed business to operate at full capacity.

That led to “improvement in overall [gaming] drops across all gaming segments” at Newport World Resorts, “as foot traffic picked up in the second quarter”.

Quarterly “core revenues” at Travellers International grew by 120 percent year-on-year to PHP7.0 billion. It represented a jump of 45 percent compared to the first three months of 2022, according to Alliance Global’s filing.

Gross gaming revenues for the first six months of 2022 shot up by 86 percent year-on-year, to PHP14.7 billion.

According to Alliance Global’s filing, with increased activity at Travellers International, the amount of promotional allowances in the first half of 2022 expanded to PHP5.1 billion, an increase of 83 percent from a year earlier. Net gaming revenues for the period rose by 87 percent year-on-year, to PHP9.6 billion.

Non-gaming core revenues – from hotel, food, beverage and others – also improved by 25 percent year-on-year in the first six months of 2022, to PHP2.3 billion. They were up by 14 percent in the second quarter compared to the prior-year period, at PHP1.4 billion.

Travellers International reported net profit to owners of PHP18 million for the opening half of 2022, down by 99 percent in year-on-year terms.

The venue – near Manila International Airport, and connected to it by a passenger bridge – opened as Resorts World Manila in 2009, and was the first of the new-generation large-scale private-sector casino resorts in the Philippine capital.

Spectrum Gaming Group LLC, a specialist consultancy on probity and legal compliance in the regulated casino sector, has issued its “Top Ten Trends To Watch for 2023”, including likely events in... END_OF_DOCUMENT_TOKEN_TO_BE_REPLACED