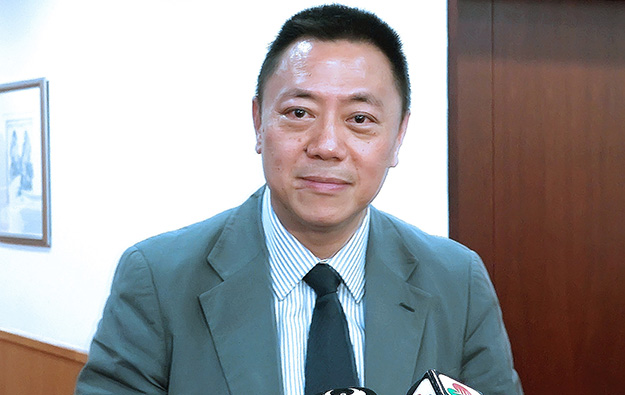 Mr Leong told reporters on Thursday that he noted the new technology might have some influence on visitor behaviour, particularly regarding their spending in casinos. He expected it might take some time for visitors to get used to the new measure.

Mr Leong noted in his comments to reporters that the new technology was to prevent people from misusing such cash withdrawal facilities. Mr Leong confirmed that the new ATM machines with face recognition and identity card-reading technology would be gradually introduced into the market.

The primary phase covered ATMs in or near casinos, said Mr Leong.

Casino gross gaming revenue (GGR) in Macau rose by 16.3 percent year-on-year in April, to MOP20.16 billion (US$2.52 billion), according to data from the city’s regulator, the Gaming Inspection and Coordination Bureau. It meant the Macau market’s GGR tally for the first four months of 2017 stood at MOP83.64 billion, a year-on-year expansion of 13.8 percent.

Commenting on the new ATM measure on Monday, brokerage JP Morgan Securities (Asia Pacific) Ltd said: “We do not expect the actual impact on [gaming] demand to be very meaningful, as there still are many other ‘channels’ – at least for now – that can help players/junkets to get cash in Macau, via pawnshops for example. That said, we can’t rule out any potential impact on ‘player psychology’, as some players/junkets may feel reluctant to use ATM cards given increased identity checks, so any progress in this area warrants close monitoring in our view.”

According to the results of a proprietary survey of 1,900 mainland China residents by brokerage Sanford C. Bernstein Ltd, published in January, many casino customers – particularly at the premium end – rely on cash withdrawals from bank accounts held in Macau or Hong Kong, and transactions via UnionPay bank cards, to fund their gambling.

When gambling respondents were asked about their preparations regarding cash to spend at casinos, the methods most frequently mentioned were bringing in cash and using UnionPay-enabled ATMs. Respectively, 49 percent and 46 percent of self-identified gambling trippers to Macau highlighted these methods. More than 20 percent of such trippers claimed to have access to either Hong Kong or Macau bank accounts, while pawnshops were utilised by nearly 20 percent of such respondents.

The Pragmatic Play brand, a leading content provider to the iGaming industry, says it has signed a deal to launch its complete slot portfolio on the bet365 online wagering platform. As a result,... END_OF_DOCUMENT_TOKEN_TO_BE_REPLACED