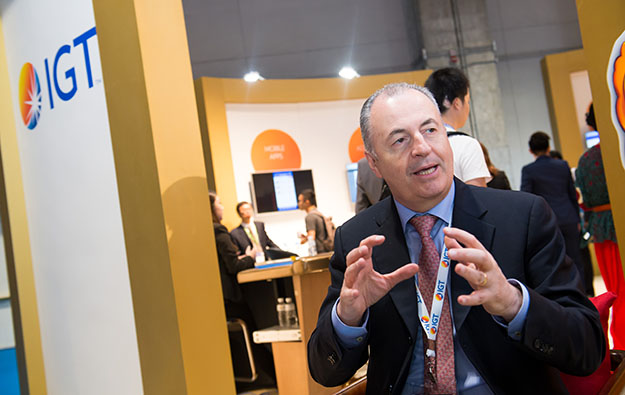 Walter Bugno, executive vice president of new business and strategic initiatives at International Game Technology Plc (IGT), has resigned from the firm “to pursue a new professional opportunity”. The announcement was made by the casino and lottery technology provider in a press release published on Monday.

Mr Bugno (pictured in a file photo) will continue in his current position until May 14, the announcement added.

IGT had announced in mid-2020 that Mr Bugno was taking on a new role, leading the firm’s “new business and strategic initiatives” group. Prior to the organisational reshuffle, Mr Bugno was chief executive, International, at IGT.

In comments in Monday’s press release, IGT CEO Marco Sala thanked Mr Bugno for “his accomplishments over the course of more than 10 years of senior leadership” at the firm.

Mr Sala added: “His efforts have made meaningful contributions to the strength of our global leadership.”

It added that responsibilities for strategic initiatives would be “assumed by the IGT strategy and corporate development support function”.

The press release did not provide further detail about Mr Bugno’s new path.

The Philippine Amusement and Gaming Corp (Pagcor) told GGRAsia it has not yet received “any proof of compliance” from Suncity Group Manila Inc, which would allow the company to regain its... END_OF_DOCUMENT_TOKEN_TO_BE_REPLACED