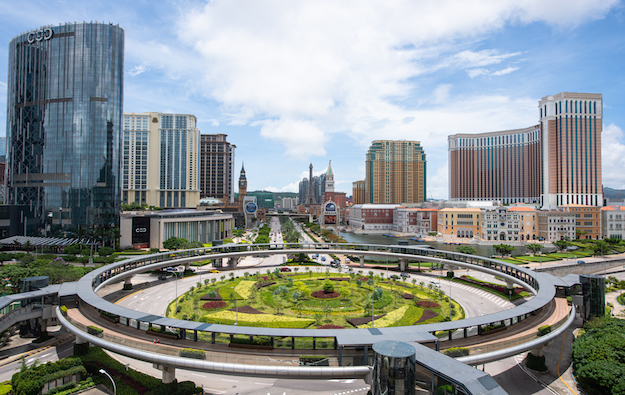 In the initial six months of this year, Macau had the worst first-half performance for casino gross gaming revenue (GGR) since 2006, show data from the city’s regulator.

The 2022 first half generated just under MOP26.27 billion (US$3.25 billion), the lowest amount since the MOP25.75 billion recorded for the first six months of 2006, indicate the figures from the Gaming Inspection and Coordination Bureau, after the June GGR tally was issued on Friday. June was the worst monthly result since September 2020.

On June 19, the Macau authorities announced a crisis response to what has since become the city’s worst outbreak of Covid-19 since the start of the pandemic, including community infections that had taken the tally of outbreak cases to 941 by midnight on Monday, with 89 new cases in 24 hours.

GGRAsia asked local casino industry veteran Kwok Chi Chung, president of the Macau Association of Gaming and Entertainment Promoters – a trade body for the currently-moribund junket sector – for his thoughts about how casino trading will play in the second half this year.

The “worst” scenario for the city would be a second six months like the opening half, he told GGRAsia – a possibility, he said, under the Chinese authorities’ ‘zero-Covid’ policy.

In 2021, there had been hope of a steady recovery in Macau’s tourism business and its casino industry, following the Covid-19 crisis that began in early 2020. But several infection outbreaks in 2021 – either in Macau or the mainland – saw tourism dwindle for weeks at a time, with a coincidental falling back of GGR.

“The current [Covid-19] outbreak happens in the city at the time when we just saw the very beginning of the recovery from major infection spread in the mainland cities of Shanghai and Beijing,” Mr Kwok noted.

In first-half 2022, outbreaks of infection in neighbouring Guangdong province and other parts of mainland China – the only market to have had these past years a mostly quarantine-free travel arrangement with Macau – also saw tourism retreat, including during the normally-important May ‘Golden Week’ holiday period.

The gaming veteran observed that the Macau casino market was currently being squeezed on several fronts.

Announcements in December 2021 by Macau casino operators that many junkets had ceased operations at their properties subsequently had an effect on GGR performance, according to investment analysts.

At the same time, the expansion of the mass market segment – a hoped for ‘silver bullet’ to build up Macau operators’ earnings – had been hit by the public health-related travel restrictions.

Mr Kwok told GGRAsia, referring to the current Covid-19 outbreak, which has seen a seven-day quarantine imposed for anyone wishing to enter or re-enter the mainland city of Zhuhai from Macau: “Now, Macau only sees an average daily of hundreds of [inbound] visitors. This is very tough for the city when it looks to go mass gaming-centric.”

JP Morgan Securities (Asia Pacific) Ltd said in a Friday note it was unlikely that any of Macau’s six operators will be shown to have generated positive earnings before interest, taxation, depreciation and amortisation (EBITDA) in the first half, when earnings season starts shortly.

Alidad Tash, a former senior Macau casino executive and now managing director of gaming management consultancy 2NT8 Ltd, had an upbeat view of the potential for the second half.

He told GGRAsia: “It depends on how soon quarantine restrictions on Hong Kong visitors would be lifted. If early, as in the third quarter, I could see a healthy boost based on pent-up demand, which would tip the balance in the second half’s favour.”

A number of investment analysts has mentioned that in pre-pandemic trading, visitors from Hong Kong contributed as much as 15 percent annually to Macau gross gaming revenue.

Though Mr Tash cautioned regarding the chances of second-half travel easing between Hong Kong and Macau: “I doubt if that would happen so soon.”

Asked about the impact of Covid-19 outbeaks in Macau on demand for gaming services, Mr Tash stated: “Any outbreak results in reduced demand. The answer depends on whether or not the current outbreak will continue over a six-month period. I doubt if that would be the case.”

The imminent return of package tours from mainland China will not only help boost Macau’s tourism businesses, but is also expected to help casinos gain more foot traffic in their mass gaming... END_OF_DOCUMENT_TOKEN_TO_BE_REPLACED