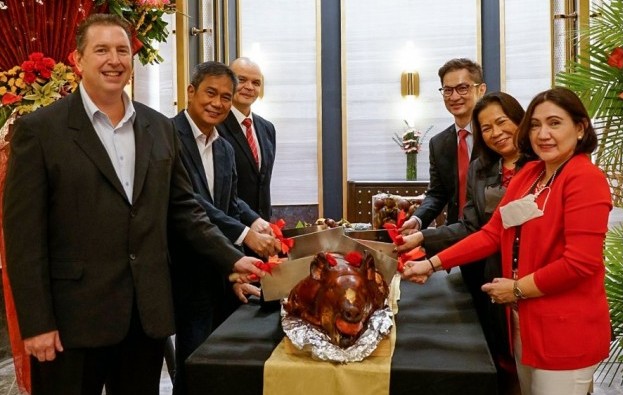 NUSTAR Resort and Casino, a new tourism complex in Cebu in the Philippines, has launched a “VIP gaming area”, the property promoter said in a Tuesday social media update.

It is said to be open to “all card-tier members”, with table games offered to patrons via “personalised services”. The VIP gaming area’s users are also eligible for “exclusive perks in dining and hotel stays”, according to the brief posting.

The launch of the VIP gaming area was marked by a ceremony (picture from NUSTAR social media) attended by property executives, partners, and patrons.

NUSTAR Resort and Casino, on Kawit Island, Cebu, is the flagship project of Universal Hotels and Resorts Inc. The latter entity is privately-owned, with business focused on gaming and integrated resort development across the Philippines. It is linked to the Philippine conglomerate Gokongwei Group.

The complex is to launch later, a Nustar Hotel, and a hotel called Grand Summit, said Trevor Hammond, vice president and officer in charge of gaming and integrated resort operations at the property, in a late July presentation during the ASEAN Gaming Summit, an industry conference.

The NUSTAR complex is due to have 40 more dining areas, a theatre, two cinemas with 80 seats each, a convention space, a new mall, a “skydeck”, a leisure park and a boardwalk, Mr Hammond had also mentioned in his comments at the time.

Macau’s casino gross gaming revenue (GGR) for the first five days of February is estimated at MOP1.9 billion (US$235.1 million) – or MOP380 million per day – a level that suggests a “45... END_OF_DOCUMENT_TOKEN_TO_BE_REPLACED