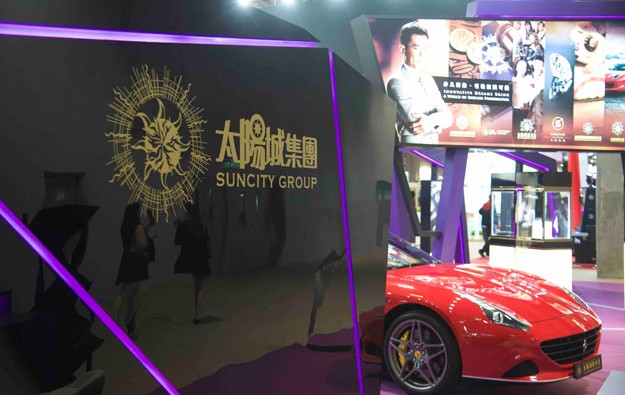 A total of four departments at former casino junket business Suncity Group were involved in illicit bet activities, and they could only have been coordinated to do so by the head of the organisation, said a police senior investigator giving evidence in a Macau court on Tuesday.

The allegation of Lau Weng Keun, from Macau’s Judiciary Police was heard at the Court of First Instance. There, Suncity Group founder Alvin Chau Cheok Wa, and 20 other defendants face charges of illegal gaming, criminal association, fraud, and money laundering. Mr Chau is also charged with leading a criminal group.

Mr Lau’s evidence directly contradicted earlier claims by Mr Chau that neither he nor his organisation were involved in facilitating illegal gambling, including an under-the-table form of wager known as the “multiplier”.

“The ability to deploy them [the departments], and each having a division of labour, could only be from Mr Chau,” said the police investigator, referring to the Suncity Group boss’s alleged role.

“The case showed that they had a common criminal goal, and had certain awareness of counter-investigation,” he added, in what was understood to be a reference to steps that would be needed to try to conceal their acts from the authorities.

Police scrutiny of Suncity Group financial records and mobile device chat records of defendants, indicated under-the-table bets took place in “229 VIP rooms and casino venues” that had existed in Macau over the course of a number of years.

But Leong Hon Man, a lawyer defending Mr Chau, suggested to the court during Tuesday’s afternoon session, that 200 of the venues were not rooms hosted by Suncity Group, but by other junket operators and in some cases even involved so-called “direct VIP play” venues hosted directly by casino operators.

Investigator Mr Lau said soon after his officers took on the case following the November 2021 arrest of Mr Chau and others, many of the junket VIP rooms in Macau had been closed. By the time of the police investigation, they were also unable to verify whether the alleged under-table bets had really happened at some direct VIP play venues.

At a press briefing on November 28 last year, soon after Mr Chau’s detention in Macau, the city’s Judiciary Police had mentioned they had built their case against Mr Chau and others, via police work dating back to 2019.

At the Tuesday court session, defence lawyer Mr Leong quizzed the police investigator about allegations Suncity Group had promoted so-called proxy gambling to gamblers in Macau, for live games hosted in the Philippines.

Investigator Mr Lau said from evidence collected from Suncity Group’s computer servers, it could be established that gamblers were casting bets on play hosted at real “tables”, i.e., with live dealers, but the police could not confirm the location of the “venues”.

Mr Leong, speaking for Mr Chau, asked whether if a Macau junket promoted proxy games hosted in overseas locations such as the Philippines – where proxy gambling might be a licensed and legitimate activity – that would constitute a crime in Macau.

The trial judge, Lou Ieng Ha, said that would be a matter for the court to decide.

The judge has previously mentioned that closing arguments in the trial are likely to start on Monday (November 21).

The decision by the Macau government to grant fresh 10-year licences to each of the city’s six incumbent casino operators has been welcome by top management at those firms. Each of the concessions... END_OF_DOCUMENT_TOKEN_TO_BE_REPLACED