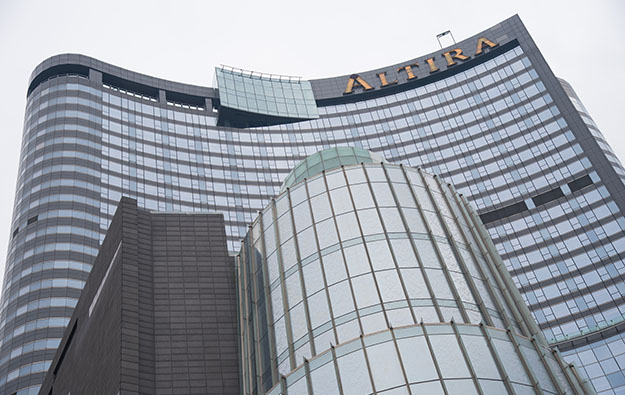 International casino operator Melco Resorts and Entertainment Ltd is repositioning operations at its Altira Macau casino hotel (pictured in a file photo) to focus on serving premium mass customers. The transformation is expected to take 12 months to be completed.

The announcement was made by company chairman and chief executive Lawrence Ho Yau Lung, during a Tuesday conference call with investment analysts to discuss Melco Resorts’ second quarter results.

“At Altira, starting in the third quarter of this year, we’ve embarked upon a strategic shift that aligns Melco’s first integrated resort with the company’s broader focus on the high-margin premium mass segment,” said Mr Ho.

He added that Melco Resorts had already “shut down VIP operations” at Altira Macau. Its junket and premium direct VIP operations were moved either to City of Dreams or Studio City, two other properties in Macau run by Melco Resorts.

“We will refocus some of the existing VIP gaming space [at Altira Macau] to cater to the premium mass segment, and reallocate non-gaming assets to support the premium mass initiative,” added Mr Ho. “We do not believe it will be necessary to incur material capital expenditures to implement this strategic shift.”

Altira Macau was the group’s first casino property. It opened in 2007, at the time branded as Crown Macau. The venue has historically been focused on serving the VIP segment.

During the conference call, Melco Resorts’ management noted that, since the start of the Covid-19 pandemic, there had been a significant decline in VIP play at Altira Macau. That had in turn increased volatility regarding gaming operations at the property.

Mr Ho also said Melco Resorts planned to complete the construction of phase two of Studio City on Cotai “no later than December 2022”. The expansion will increase the property’s hotel room inventory by around 60 percent, with two new luxury hotel towers offering approximately 900 rooms and suites. There will be additional gaming space and non-gaming facilities, including a Cineplex, fine dining restaurants, space for conventions and meetings, and an indoor-outdoor water park. The first phase of the water park was already launched in May.

At City of Dreams, also in Macau’s Cotai district, the revamp of the Countdown hotel – closed at the end of March – is underway. The goal, according to Mr Ho, is to reopen the property as a luxury hotel in 2023.

During the conference call, Mr Ho also discussed a potential extension of the casino gaming concessions in Macau. He noted the calendar for a fresh gaming rights tender by June 2022 was becoming increasingly tight.

“The government has been, for the last 18 months, like the rest of the world is, singularly focused on fighting Covid-19,” Mr Ho said. “They have publicly announced at the beginning of this year that they were going to do a public consultation [over the review of Macau’s gaming framework], followed by discussion at the Legislative Assembly. But they haven’t really given a timeline,” he stated.

Mr Ho added: “Our thinking is that, in order to do all of those steps and still conduct a tender, next June is probably very tight. So, I wouldn’t be surprised if the licences get extended for a year or even two years.”

After that, any new concession would have to be granted via a public tender of international scope, according to a number of legal experts.

Melco Resorts’ management was also asked about the impact on business of the latest Covid-19 outbreak on mainland China, that led to increased travel restrictions between parts of the mainland and Macau, announced over the weekend. According to the company’s executives, so far there was no visible decline in visitor arrivals to Melco Resorts’ properties in Macau.

During Tuesday’s conference call, Melco Resorts’ management stated the company remained committed to developing a casino resort in the Japanese city of Yokohama. A number of candidates in the mayoral election scheduled for August 22 oppose the construction of a casino in the city.

“In terms of something as important as a mayoral election or political positions, we just need to continue to be respectful to the market, and really do the best that we can and not worry too much about things that are completely outside of our control,” said Mr Ho.

Yokohama concluded in June its request-for-proposal submission period regarding commercial partners for its tilt at getting a casino complex. Genting Singapore Ltd, operator of Singapore casino venue Resorts World Sentosa, and Melco Resorts have been identified as the two contenders in the race. A decision on the winning proposal is to take place in the coming months.

The imminent return of package tours from mainland China will not only help boost Macau’s tourism businesses, but is also expected to help casinos gain more foot traffic in their mass gaming... END_OF_DOCUMENT_TOKEN_TO_BE_REPLACED