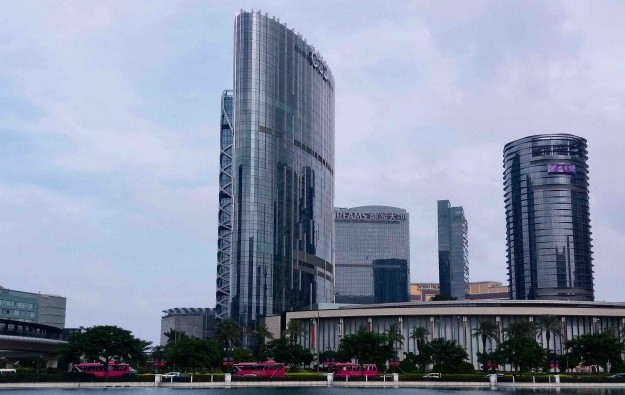 Casino operator Melco Resorts and Entertainment Ltd posted a net loss of US$185.7 million for the three months to June 30, down by 20.3 percent from the first quarter of 2021. It was also an improvement on the US$368.1-million loss recorded a year earlier, according to a Tuesday filing to Nasdaq.

Melco Resorts runs gaming operations in Macau; in Manila, in the Philippines; and in the Republic of Cyprus.

The company’s aggregate operating revenues for the second quarter of 2021 were US$566.4 million, more than three times higher than in the prior-year period. Such revenue was also up 9.2 percent sequentially.

In commentary included in the second-quarter results announcement, the firm said the revenue increase was “primarily attributable to an improved performance in all gaming segments and non-gaming operations as a result of a year-over-year increase in inbound tourism in Macau.”

Visitor arrivals to Macau in the first half of 2021 rose by 20.2 percent year-on-year to nearly 3.93 million, according to data published last week by the city’s Statistics and Census Service.

The executive added: “Mass and premium mass market players have proven to be the primary drivers of the recovery this quarter and are expected to be going forward as we continue to dedicate our resources toward these segments of the market”. Mr Ho said on a conference call with analysts on Tuesday that the company was repositioning operations at its Altira Macau casino hotel to focus on serving premium mass customers.

The CEO said the company was “optimistic, especially as Macau explores scenarios for more flexible travel with other cities in the [Guangdong-Hong Kong-Macau] Greater Bay Area.”

The institution flagged that Melco Resorts’ second-quarter EBITDA result “was negatively impacted by an employee compensation related charge,” regarding a programme – launched in May – that includes a voluntary exit scheme for the company’s staff.

“This will lead to slightly lower compensation expense over the next few quarters,” suggested analysts Vitaly Umansky, Louis Li and Kelsey Zhu.

Mass drop on the rise

In a presentation issued alongside the results, Melco Resorts said mass table drop at its flagship property in Macau, City of Dreams (pictured), stood at US$806.8 million in the second quarter this year, up from about US$730 million in the preceding quarter, and an increase of 1,849 percent in year-on-year terms.

City of Dreams saw its operating revenues more than triple from the prior-year period to US$347.6 million; the figure was up 14.9 percent quarter-on-quarter. The complex generated adjusted EBITDA of US$79.5 million, almost twice as much as in the first quarter of 2021.

At its majority-owned Studio City casino resort in Macau, second-quarter adjusted EBITDA was negative by US$1.2 million, an improvement on the negative US$5.2-million result in the previous quarter. Revenues were US$104.5 million, up by 6.7 percent from the three months to March 31.

The second phase development of Studio City “is progressing,” said Mr Ho in his prepared remarks. That phase includes a new family-entertainment focused water park that opened on May 22 ,as well as 900 additional luxury hotel rooms and suites to be launched at a later stage.

Melco Resorts was given in May a seven-month extension – until December 27, 2022 – by the Macau government on the deadline by which it must complete development of Studio City’s land concession.

The company noted in its latest filing: “Construction at both Studio City Phase 2 and City of Dreams Mediterranean [in Cyprus] has been impacted by the Covid-19 outbreak”.

Melco Resorts’ operations in Cyprus resumed on May 17 “at limited capacities” after local authorities relaxed nationwide measures introduced to prevent the further spread of Covid-19.

On Tuesday, Melco Resorts said the City of Dreams Manila resort in the Philippines posted second-quarter adjusted EBITDA of US$13.3 million, down from US$29.4 million in the previous quarter. Revenues were US$52.7 million, compared to US$79.5 million in the first quarter of 2021.

The casino operator stressed that City of Dreams Manila was closed from March 29 to April 30 as part of community quarantine measures in Metro Manila. The property resumed gaming operations on May 1, but with capacity limited to 50 percent, it said.

Gaming capacity at City of Dreams Manila has been further limited to 40 percent since Monday, Melco Resorts said.

The imminent return of package tours from mainland China will not only help boost Macau’s tourism businesses, but is also expected to help casinos gain more foot traffic in their mass gaming... END_OF_DOCUMENT_TOKEN_TO_BE_REPLACED