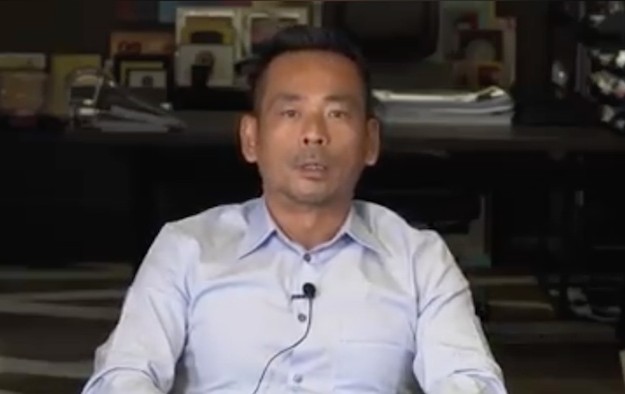 The People’s Procuratorate of Wenzhou city, in Zhejiang province, mainland China, has “recently approved the arrest for suspect” Alvin Chau Cheok Wa, said the city’s public security department in an alert posted to its Weibo social media account on Friday.

It urged him to “surrender as soon as possible”, for having “seriously hampered the social order of our country,” via “cross-border” gambling operations involving Chinese customers, and concerning “huge” amounts of capital .

Mr Chau is the boss of Macau casino junket brand Suncity Group, and also a leading figure in Hong Kong-listed Suncity Group Holdings Ltd, an investor in a number of casino projects in the Asia-Pacific region beyond Macau.

Mr Chau and an individual named Zhang Ningning were identified by the Wenzhou authorities as allegedly leading members of a “cross-border gambling group” that committed the crime of “establishing casino” in mainland China.

Investigation into the alleged crime had started in July 2020, the Wenzhou public security department said.

GGRAsia requested comment from Mr Chau’s side regarding the statement from law enforcement bodies on the Chinese mainland.

A spokesperson for Suncity Group told GGRAsia by email early on Saturday: “We have contacted Mr Alvin Chau, and [as] yet he has no response.”

The statement added: “Sun City Gaming Promotion Co Ltd… is currently and fully following up on the relevant issues. The company hereby emphasises that, all businesses are normally operating in accordance with the law and under the supervision of the Macau Special Administrative Region Government.”

The posting from the Wenzhou authorities referred to Mr Chau only by his Chinese name, not his Western-style moniker, and as “Macau resident, shareholder and director of Sun City Promoção de Jogos – Sociedade Unipessoal Limitada,” a reference to a VIP gaming promoter registered with the Macau authorities.

As part of their evidence dossier, the Wenzhou authorities said that “since 2007” Mr Chau had “contracted the operation of gaming rooms in Macau and several other places”.

The material further stated: “He has also established and operated an online gambling platform in the Philippines and other places in 2016.”

The document added: “For gaining illicit interests, Chau Cheok Wa has organised Chinese citizens to gamble at his gaming rooms overseas and participate in the cross-border Internet gambling activities via the arranging of shareholder-level agents and gambling agents within the mainland, and offered high-value credit, promoting gambling businesses as well as providing chauffeur services and technical assistance.”

In pre-pandemic trading conditions in mid-2019, nearly half Suncity Group’s then 31 VIP gambling clubs were outside Macau, in other parts of the Asia-Pacific region.

In July 2019, Mr Chau had convened a Saturday press conference in Macau, at which he took the step of saying he was not on what he termed China’s “wanted” list.

It followed allegations in the mainland Chinese media of the Suncity brand’s involvement in “online” and “proxy” gambling by Chinese players at overseas locations. It is not clear whether this Friday’s events are in any way linked to that 2019 incident.

Friday’s complaint by the Wenzhou authorities stated Mr Chau had “also set up an asset management company within mainland China, for servicing gamblers by aiding them to get gambling chips by using their assets,” as well as providing help to unspecified parties in “chasing gambling debts,” along with “assisting clients to handle cross-border transactions” of money.

It said: “A cross-border gambling group was gradually formed: it has a fixed, tiered team of personnel led by Chau Cheok Wa and Zhang Ningning, with many members.”

The document further stated: “As of July 2020, the cross-border gambling group led by Chau Cheok Wa had 199 shareholder-level agents, and circa 12,000 gambling agents; it had circa 80,000 gambler members within the mainland.”

The complaint added: “The capital involved in this case is huge, and has seriously hampered the social order of our country.”

The document stated: “According to the criminal facts investigated by the public security department, the People’s Procuratorate of Wenzhou city has decided to approve the arrest for Chau Cheok Wa due to his alleged involvement in the crime of establishing casino, which is in accordance to the People’s Republic of China’s penal code and criminal procedure law. Here, the public security department urge Chau Cheok Wa to surrender as soon as possible, so that leniency can be considered.”

The statement also said the People’s Procuratorate in Wenzhou had “instituted prosecution in this case”.

Some Macau casinos visited by GGRAsia on Thursday, actually had tables that were closed, notwithstanding strong consumer demand during Chinese New Year (CNY). The reasons for some tables being... END_OF_DOCUMENT_TOKEN_TO_BE_REPLACED