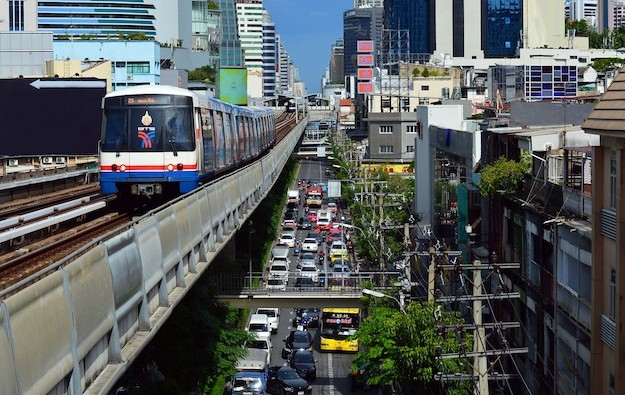 Thailand’s capital Bangkok (pictured) would be an optimal location for a casino resort if that nation decides to legalise such business, say two casino consultants in commentary given to GGRAsia.

Their remarks followed news that Thailand’s House of Representatives – the lower chamber in the National Assembly – had voted on December 2 to set up a 60-member “extraordinary committee” to look into the possibility of legalising casinos in the country. It is anticipated the group would complete its study in “90 days”.

Bangkok was mentioned as a potential prime location for a casino resort by industry consultant Michael Zhu of the Innovation Group. Mr Zhu is senior vice president, international operations planning, and analysis at that company, a consultancy on entertainment and hospitality developments.

Bangkok was also mentioned by another consultant to the sector, Brendan Bussmann, of Global Market Advisors (GMA) LLC. He told GGRAsia the seaside town of Pattaya near the Thai capital, and the popular holiday island of Phuket were also possible sites, as they had “long been mentioned” in that context.

Mr Bussmann said that while Thailand might consider doing something similar to Japan’s casino liberalisation effort, and “try and force tourism into other parts of the country,” under what he termed the “hub and spoke mentality”, it seemed “much more logical” in the Thai context to “build these in existing locations that already have a strong driver” tourism-wise.

But Mr Bussmann, partner and director of government affairs at GMA, cautioned against excessive optimism after previous signals from Thailand that it might legislate for casino operations.

“This is not the first time we have been at this place in Thailand,” he told GGRAsia by email, responding to our enquiry. “Let’s see if we get the chance for it to move forward.”

Thailand’s King Bhumibol Adulyadej, who died in October 2016, was said to have been opposed to legalising casinos in the kingdom.

If the Thai government “would like to see a quick cure” for the nation’s fiscal position via gaming taxes, then “Bangkok is most likely to support the largest scale IR [integrated resort] in the country, given local/domestic base population” and “income level,” the Innovation Group’s Mr Zhu told GGRAsia.

But he added that the market would in likelihood be at least 20 percent smaller – judged by casino gross gaming revenue (GGR) – in the aftermath of the Covid-19 pandemic and in the context of mainland China’s approach to cross-border gambling by its citizens, than it would have been in earlier years.

Media reports out of Thailand on Monday indicated that generation of fresh government income via taxation was an important element spurring the casino proposal.

GMA’s Mr Bussmann stated: “The committee needs to enlist firms that fully understand the opportunity, as well as regulatory implications associated with how this may work within their current system.”

Mr Zhu noted in his remarks to GGRAsia: “Bangkok has better infrastructure and connectivity than any other city in Thailand, enabling it to accommodate more tourist and other business volumes that would come with the establishment of an IR.”

He added: “Bangkok’s… diversified economy and other resources would likely help mitigate the social impacts of casino gaming should an IR be established in the city.”

In 2015, pro-casino lobbyists in Thailand had mentioned the possibility of a casino resort being sited at Pattaya, a beach destination popular with foreign holidaymakers in pre-pandemic times, and that is 147 kilometres (91.3 miles) southeast of Bangkok.

A 2016 study announced by the dean of Rangsit University’s College of Social Innovation in Thailand, had suggested that – under market conditions at that time – a legal casino industry might be able to generate annually as much as THB100 billion (nearly US$3.0 billion at current exchange rates) in taxation. It was not clear from available information in media reports at the time what the tax regime on casino gambling would be in order to support such an income.

Mr Bussmann told GGRAsia: “”While I know there have been previous studies, the market opportunity will have shifted since those studies due in part to additional [casino] facilities in Southeast Asia, but also due to the shifting geopolitical winds from Beijing.”

In terms of the likely market for casino services in Thailand, Innovation Group consultant Mr Zhu suggested what he termed the “local/domestic segments” would generate approximately 30 percent to 40 percent of the GGR annually.

“I believe these segments would remain solid,” stated Mr Zhu.

Media reports out of Thailand in October 2019 – citing a Thai organisation called the Centre for Gambling Studies and Centre for Social and Business Development – suggested 57 percent of Thailand’s adult population had taken part in gambling activities in a 12-month period.

Before the pandemic, Thai nationals were an important customer segment for the casinos in Poipet, a Cambodian town on that nation’s border with Thailand.

Mr Zhu added that the contribution of “international gamer segments” to a potential casino industry in Thailand might now be subject to more uncertainty than the pre-pandemic era, “given what has been going on in China, Macau, etc.” That was an allusion to China’s current approach to cross-border gambling, and the detention in Macau of Suncity Group junket boss, Alvin Chau Cheok Wa, which sent shock waves across the regional casino sector.

“If I were allowed to take a guess, I would think the market size (post-Covid) is likely to be about 70 percent to 80 percent of the pre-Covid potential, reflecting discounts primarily on the international side,” Mr Zhu also noted.

GMA’s Mr Bussmann told GGR that if a future Thai casino industry “intends to seek the Chinese customer, the market needs to be completely above board to have an opportunity.”

He added, referring to China’s recent focus on controlling outflow of capital from the Chinese mainland, and the issues that raises for Chinese consumer spending overseas: “Even then you will likely have problems getting [Chinese] money into the market.”

Some Macau casinos visited by GGRAsia on Thursday, actually had tables that were closed, notwithstanding strong consumer demand during Chinese New Year (CNY). The reasons for some tables being... END_OF_DOCUMENT_TOKEN_TO_BE_REPLACED